Doug Marsh is a partner in the Litigation practice group, focusing on complex commercial litigation and appeals. As a Special Assistant State’s Attorney in the Cook County State’s Attorney’s Office and through federal and state judicial clerkships, Doug gained significant knowledge about trial preparation and procedure, case administration and legal research.

Doug has litigated cases across the country at both the trial and appellate levels, including in a recent client victory on a matter involving the long-distance telephone scam known as “traffic pumping” (also called “access stimulation”). In that matter, his team secured a judgment following a bench trial and recovered in excess of $1 million in damages for his client. Doug also helped draft the appellate briefs defending that judgment on appeal.

In bankruptcy court matters, Doug’s experience includes avoiding fraudulent transfers and litigating adversary proceedings. This unique intersection of the law enables Doug to provide significant value to his litigation clients, seeing the matter from all angles.

Prior to joining the firm, Doug clerked for the Chief Judge of the U.S. District Court for the Northern District of Oklahoma. Prior to that, he clerked for a Justice of the Supreme Court of Colorado and served as a Special Assistant State’s Attorney in Cook County, Illinois. 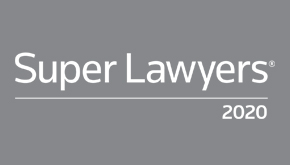