Successfully defended client in the cannabis industry for a claim of wrongful termination.

Served as lead counsel for a half-dozen emerging companies seeking capital in late 2019 and early 2020 as new licensees under Missouri’s Medical Marijuana Constitutional Amendment. The aggregate value of the various offerings of equity securities and convertible promissory notes exceeds $40 million and involved more than 30 facility licenses.

Led and closed transactions involving stock sales, asset sales, license transfers and other reorganizations contingent on and subject to significant regulatory requirements and conditions of the Missouri Department of Health and Senior Services. These involved both seller and acquisition-side efforts for 10 different medical marijuana licensee clients.

Lobbied on Behalf of Medical Marijuana and Hemp Clients

Represented clients before the Missouri General Assembly and state agencies regarding the medical marijuana and hemp industry, including licensure, operation and related matters of interest.

Counseled applicants in connection with choosing proposed medical marijuana facility sites, advised and assisted clients with understanding and securing zoning and land use approvals, and assisted with the negotiation and preparation of purchase contracts and leases.

Managed due diligence and drafted private placement memoranda and related offering documents to facilitate our clients’ efforts to raise capital to fund the medical marijuana application process and business build out, while mitigating the risk of future securities fraud claims by investors.

Outside GC to Industry Trade Association

Assisted in the organization of MoCannTrade, Missouri’s leading industry trade association, and continues to serve as its outside general counsel.

Assisted our client in preparing detailed applications for licenses to grow and dispense medical marijuana in an intensely competitive process under Illinois’s 2014 Compassionate Use of Medical Cannabis Pilot Program Act. Over 370 applications were filed in Illinois for just 81 licenses. Our client won a license to operate a medical marijuana dispensary in suburban Chicago.

Assisted our client in preparing a competitive license application that received one of only two licenses issued after Missouri passed laws in 2014 that created a commercial CBD oil industry to treat registered patients with intractable epilepsy.

Advised and assisted client with documenting a multimillion-dollar investment in a multi-state marijuana cultivation business.

Assisted a client in resolving a closely held corporate dispute between owners and officers of a medical marijuana dispensary. We thwarted another owner’s efforts to appropriate our client's ownership interest and breach his management and consulting agreement, then negotiated a favorable resolution.

Successfully represented a client with a retail cultivation license in an administrative proceeding brought by the Colorado Attorney General’s Office and the Marijuana Enforcement Division. The client had been under a Summary Suspension and Rule to Show Cause Order for three months and was a few weeks from being evicted from his facility. We quickly secured a meeting with the government representatives and negotiate a resolution of the Show Cause that included no fine and minimal absence from the industry, which was the client’s primary objective.

Successfully resolved through mediation a federal court lawsuit involving our client, a B-to-B wholesale website in the hemp products industry. The plaintiff alleged trademark infringement, breach of contract, breach of the implied covenant of good faith and fair dealing, tortious interference with a contractual relationship, civil conspiracy and false advertising. We brought counterclaims on behalf of the client that resulted in the successful invalidation of the plaintiffs’ trademarks. 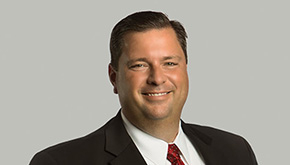