Advised on numerous committal applications in respect of breaches of interim and permanent injunctions resulting in both custodial and suspended sentences, as well as successfully defending Court of Appeal applications to set aside committal orders.

Advised in high-value unfair prejudice proceedings with assets in dispute up to the value of €50 million.

Advised on obtaining urgent injunctions to restrain and recover assets arising out of the purchase of PPE during the COVID-19 pandemic. 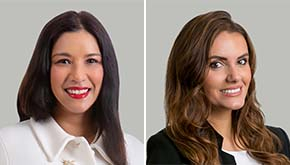