Defended an insurance company in an attempt by another insurer to recover a majority of $2 million in defense costs incurred while defending a co-insured in a class action lawsuit. After an unsuccessful mediation and substantial summary judgment briefing, the Jackson County Circuit Court entered judgment in the client’s favor, adopting the argument that the client had no duty to defend because the underlying lawsuit's allegations did not allege facts to bring it within coverage. 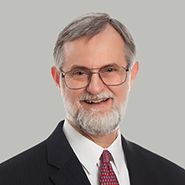