Appeared as junior counsel in the Eastern Caribbean Court of Appeal in a leading case which determined that the Court had no powers to serve a freestanding injunction ordered in support of foreign proceedings upon a foreign defendant.  The case concerned allegations of fraud against a Hong Kong resident concerning a BVI company. 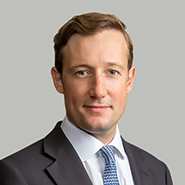