Represented client investigated by Department of Homeland Security and the U.S. Treasury for unlicensed money transmitting and money laundering. After conclusion of investigation, client was charged by U.S. Attorney’s Office for the Eastern District of New York with a complaint alleging conspiracy to distribute a controlled substance. After a presentation and written submissions to the U.S. Attorney’s Office, the complaint was dismissed with prejudice. 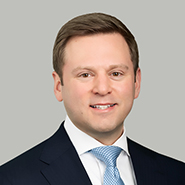