Secured a reversal on appeal after the client was convicted of involuntary manslaughter in Missouri Circuit Court. The decision was appealed to the Missouri Supreme Court on the grounds that the trial court’s decision to allow the state to amend the indictment during trial substantially prejudiced the rights of the defendant. The Supreme Court agreed, reversed the circuit court’s decision, and remanded the case for a new trial. 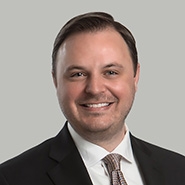