Defended several domestic and foreign automobile manufacturers against a patent licensing entity in a case concerning online sales methods. The matter was settled on favorable terms.

Served as enforcement counsel to an institutional patent client in U.S. District Court for the District of Delaware against a leading social media site involving user privacy technology. The matter was settled early in litigation and on favorable terms.

Enforced a foundational media streaming patent in the Northern District of California against one of the largest software companies in the world, leading to a positive business resolution.

Represented an international fire suppression manufacturer against an infringing aerospace company and a major industrial conglomerate in a patent infringement action concerning the use of nitrogen to meet FAA fuel tank inerting requirements. The case settled on favorable terms.

Defended international manufacturer in patent litigation concerning a traction system for use in industrial equipment. Obtained summary judgment of noninfringement.

Defended in the Eastern District of Texas a leading telecommunications carrier and its prime contractor against a nonpracticing entity in a matter concerning VoIP user-adjustable features. The case settled on favorable terms.

Served as defense counsel to a medical device company in FDA and patent matters regarding a fluid delivery system. One of the few cases before the Hon. R. Gilstrap in U.S. District Court for the Eastern District of Texas to be stayed pending inter partes review.

Served as defense counsel to an IoT company in matter in U.S. District Court for the Eastern District of Texas involving technologies such as accelerometers, piezo-resistive films and magnetic field sensors.

Counseled a pharmaceutical company in an action before U.S. District Court for the Eastern District of North Carolina concerning its IP rights to an SGLT2 diabetes drug. 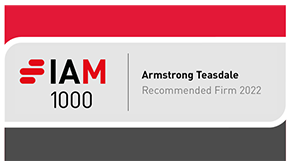