Jerry King practices in all aspects of explosion, fire and electrocution litigation, including products liability, class actions, trials and appeals. As a Certified Fire and Explosion Investigator (CFEI), as certified by the National Certification Board of the National Association of Fire Investigators and recognized by National Fire Protection Association 921 Guide for Fire and Explosion Investigations, Jerry’s knowledge and experience allow him to provide effective and efficient solutions to resolve even the most complex case. An authority on these issues, he is often sought after as a speaker, trainer and consulting advisor.

Jerry is a member of the National Fire Protection Association’s (NFPA) 921 Technical Committee. NFPA’s 921 document is the Guide for Fire and Explosion Investigations, meaning it is the key standard by which investigators’ methodologies are judged within the industry worldwide and in a court of law. NFPA 921 has been translated into Korean, Chinese, French, Hebrew and Spanish. Jerry is also a member of NFPA 1033, the Standard for the Professional Qualifications for Fire Investigators.

In a recent trial, Jerry served as lead attorney in a case seeking damages for a wrongful death arising out of a fire and explosion at a gasoline bulk storage facility. The plaintiffs sought $18 million plus punitive damages and the jury returned a defense verdict. In another recent trial, the jury returned a defense verdict in a case seeking $2.3 million in damages. Plaintiffs claimed that the fire was caused by a defectively soldered forklift-battery connection. 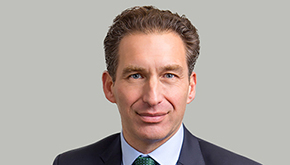