Successfully argued in the Appellate Division, First Department that a Park Avenue cooperative client was not obligated to comply with preferential sale and subletting provisions afforded to “original purchasers” of the cooperative conversion under the offering plan and proprietary lease, notwithstanding that plaintiff-shareholder had relied on such preferential subletting provision when purchasing the apartment, and in subletting same for over 20 years.

Defended condominium in an Article 78 election challenge and in the subsequent appeal before the Appellate Division, Second Department, which upheld the election.

Represented a condominium in an action commenced by a smaller neighboring landowner to compel the condominium to erect and maintain landowner’s chimney.

Representation of Co-op Board in Discrimination Matter

Represented cooperatives in connection with noise disputes with shareholders, as well as apartment alteration disputes. 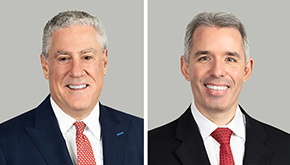