She regularly represents private equity fund managers, institutional investors, independent sponsors and family offices across the investment strategy spectrum. Margaret has experience handling multimillion-dollar deals, as well as those ranging into the billions of dollars, and her experience also extends to private placements, real estate development projects and limited partner investments, debt and equity co-investments and direct investments. She has also advised clients on conflicts and other governance issues for funds, corporations and other entities. Further, her substantial deal advisory and implementation experience allows her to execute sophisticated private equity and hedge fund transactions, design custom structures for investments, and engage in all aspects of mergers and acquisitions, including public company takeover defense and shareholder activism.

Margaret’s extensive experience is rooted in her background as an investment banker for a multinational financial services company, as well as in her education, having earned an M.B.A., which enables her to take a multifaceted approach to each transaction.

Prior to joining Armstrong Teasdale, Margaret was in private practice at another New York area law firm.

Before that, she worked for an international law firm where she oversaw mergers and acquisitions of publicly traded companies, engaged in buy-side and sell-side representation in private transactions, provided advice with respect to activist hedge fund investment techniques and related securities law issues, and represented pension plans on fund investments. Further, before entering private practice, Margaret spent several years as an investment banker for a multinational financial services company.

Zane Shihab Recognised Among The Lawyer Hot 100 for 2022 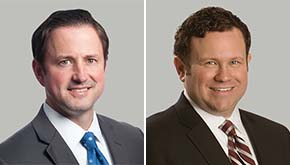