Lawyers can be ranked Band 1-6, with 1 being the best, as well as in an Up and Coming category. According to Chambers, bands are decided based on a number of qualities most valued by clients including legal ability, client service and commitment. Chambers designates further categories in which lawyers can be ranked as exceptional, highly influential lawyers, such as Eminent Practitioner and Senior Statesperson.

Additional recognitions from Chambers include, most recently, Partner and Chief Diversity Officer Meshach Rhoades being shortlisted for the Chambers Diversity & Inclusion Awards: North America 2021, as well as ranking in the Chambers U.K. edition.

U.S. attorneys listed as leaders in their respective practice areas include:

SEC Steps Up Cybersecurity Requirements with Sudden Series of Settlements 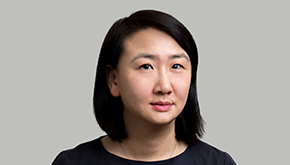 Vaccination Mandates for Federal Contractors and Employers with 100+ Employees