5280 Magazine has recognized attorneys Aubyn Krulish, Vance Knapp and Chuck Steese in their list of Denver’s Top Lawyers for 2022. Krulish and Steese were recognized in the Communications/Technology category, and Knapp was recognized for Labor and Employment: Defense.

The magazine compiled the list based on nominations from attorneys in the seven-county Denver metro area, followed by staff interviews to select the final honorees. The list appears in the January 2022 issue and is also searchable online.

As partner and office managing attorney in Denver, Krulish provides counsel on an extensive range of business issues to clients of all sizes from large publicly traded companies to emerging companies and startups. She primarily focuses on mergers and acquisitions, strategic business transactions, financing and restructuring. She counsels clients through the intricacies of each deal, providing creative solutions that recognize the careful balance required in reducing risk and closing the deal.

Knapp is a partner with more than 20 years of experience in management-side labor and employment law. He has extensive experience representing employers in federal and state court litigation and administrative proceedings throughout the U.S. He advises employers on ADA matters and accommodating employees with disabilities, recruiting, hiring, drug testing, workplace violence issues and terminations. A former prosecutor for the Denver City Attorney’s Office, Knapp has tried over 300 cases, 30 of which were jury trials.

Steese has successfully tried more than 50 complex commercial, telecommunications and intellectual property disputes in courts and before regulatory bodies across the United States. His work has influenced the way government regulates telecommunications companies specifically in the area of “traffic pumping” (also known as access stimulation). The decisions he obtained had a direct impact on the FCC finding that this practice cost the industry billions of dollars, and as a result, modified its existing rules. 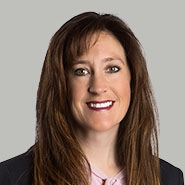