As part of its western expansion initiative, Armstrong Teasdale LLP is adding 10 lawyers to open a Denver office on October 1, 2014. The attorneys are all formerly of Denver-based Steese Evans & Frankel P.C. Their addition complements Armstrong Teasdale’s core strengths and expands its national capabilities in intellectual property, telecommunications, white-collar crime and internal investigations. The move will also create synergies between the Denver location and the firm’s established Las Vegas and Kansas City offices.

Chuck Steese and Kevin Evans, two experienced and well-respected litigators, are among those joining Armstrong Teasdale. Steese is a prominent trial lawyer in the areas of telecommunications and intellectual property disputes. Evans is a nationally recognized civil and white-collar criminal defense trial lawyer, whose work is international in scope. Their clients include companies in the telecommunications, sports and entertainment and higher education industries, as well as an array of individuals and companies under government investigation.

“This westward move will strengthen our existing practice areas and pave the way for future nationwide growth,” said Mike Chivell, Armstrong Teasdale’s managing partner. “Chuck, Kevin and their team are exceptional lawyers and well regarded among many Denver-based companies and industries. We welcome them with enthusiasm and look forward to having them become a part of the Armstrong Teasdale family,” he added.

The telecommunications, technology and regulatory experience brought by these 10 new attorneys augment Armstrong Teasdale’s thriving intellectual property practice. Intellectual Property is the fastest growing practice area within Armstrong Teasdale and the group now comprises approximately 90 professionals, including more than 50 attorneys registered to practice before the U.S. Patent and Trademark Office. As a result, Intellectual Property Today lists Armstrong Teasdale as one of the “2014 Top Patent Firms” in the country. The firm is also named in the Law360 IP 100, the online legal news service’s ranking of U.S. law firms with the largest intellectual property practice groups. In addition, the National Law Journal’s 2013 survey “Who Represents Corporate America,” shows that the firm is one of the most-used by outside counsel. 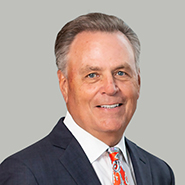 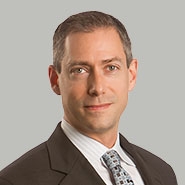