Armstrong Teasdale Lawyers Named to “Who’s Who in Energy”

Daniel Godar and Bob Reeser, members of Armstrong Teasdale’s Future Energy group, have been named to “Who’s Who in Energy,” published by American City Business Journals (ACBJ). The listing appeared in a special edition carried in eight major metropolitan ACBJ publications including the November 22, 2013, issue of the St. Louis Business Journal.

About 800 people were selected from a combination of internal research, industry outreach and an open nomination process. This is the third year for the listing, which covers the following metropolitan markets: Austin, Columbus, Dallas, Denver, Houston, Pittsburgh, San Antonio and St. Louis.

Daniel Godar, a partner in the firm’s Corporate Services practice group, assists in corporate governance, mergers and acquisitions and the drafting and review of commercial contracts. 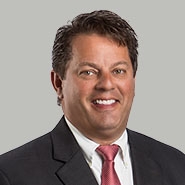