Karrie Clinkinbeard and Lynn Hursh, litigation partners in Armstrong Teasdale’s Kansas City office, won the largest 2014 defense verdict in Missouri, according to Missouri Lawyers Weekly. The publication is also honoring Tom Weaver, a litigation partner in the firm’s St. Louis office, with its Influential Appellate Advocates Award for his work on one of the most significant appellate decisions of the year.

The lawyers will be recognized during the 2015 Missouri Lawyers Awards ceremony on January 30 at the Hilton St. Louis at the Ballpark.

Armstrong Teasdale lawyers have now won 36 of Missouri’s 20 highest defense and plaintiff verdicts over the last 15 years. The No. 1 defense verdict in 2014 is based on a Jackson County jury’s October 31 decision in favor of Missouri Gas Energy (MGE) in a $30 million furnace explosion case. MGE had been sued by a heating repairman, who was severely injured while working on the furnace at a ThyssenKrupp assembly plant in Grandview, Missouri. Prior to the explosion, MGE had investigated complaints about an outdoor odor of gas at the plant but detected no problem. The repairman alleged that the explosion could have been prevented if MGE had conducted an interior probe as well. However, the defense team produced evidence showing there was no gas leak in the furnace and instead, the plaintiff had misdiagnosed the problem and caused the explosion when he lifted a sight glass that led to an eruption of flames. The repairman sought punitive damages in addition to the $30 million in actual and loss of consortium claims.

Hursh, who is frequently retained for his extensive jury trial experience, is also an NAFI Certified Fire and Explosion Investigator. His clients include product manufacturers, service providers and energy suppliers in the gas, manufacturing and power industries. Hursh received his J.D. from the University of Kansas School of Law and B.A. from the University of Kansas.

Weaver was honored for helping convince the Missouri Court of Appeals to set aside an award of $240 million in punitive damages against Fluor Corp., which for a brief time owned a partnership interest in the Doe Run lead smelter in Herculaneum. The ruling amounted to a reversal of two-thirds of the damages in one of the largest jury verdicts in Missouri history. Missouri Lawyers Weekly described the ruling as a “spectacular defense win.” 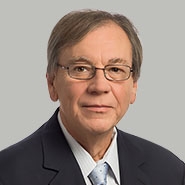 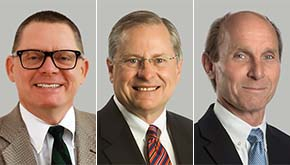