Armstrong Teasdale has been recognized in The American Lawyer magazine’s ranking of the nation’s largest 200 law firms based on last year’s gross revenues. The 2013 Am Law 200 listing appears in the publication’s June issue.

Armstrong Teasdale, which is ranked 187, qualified for the list with gross revenue of more than $116 million in 2013. The firm has been named to the list consistently since 2010. 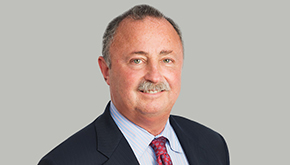