The firm is representing the Urban League in this transaction, which involves QuikTrip donating the land, the cost of demolition and remediation of the site that will be used for the planned Urban League Community Empowerment Center of Ferguson.

The center will house the new Save Our Sons program that will train 500 jobless or underemployed African-American young men and match them with positions at area companies.

St. Louis Partners Mark Murray, of the Financial and Real Estate Services practice group, and George von Stamwitz, of the Corporate Services practice group, counseled the client to complete the deal. St. Louis Litigation Partner Jovita Foster, who is general counsel to the Urban League, managed the project and advised the Urban League’s executive committee and board on the transaction. 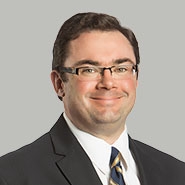