Armstrong Teasdale, a law firm with offices across the United States and in China, proudly announces the return of associate Matthew J. Gearin to its Intellectual Property practice group. Gearin previously worked at the firm as a patent scientist. Based in the firm’s St. Louis office, Gearin’s main focus is the preparation and prosecution of patents related to science technology.

As an attorney and patent engineer, Gearin works through all stages of patent prosecution including patentability searches, patent applications and answering office actions from the U.S. Patent and Trademark Office.

He earned his J.D. at Saint Louis University School of Law and B.S. in biology from Southern Illinois University at Edwardsville. His admission to practice law in Missouri is pending. 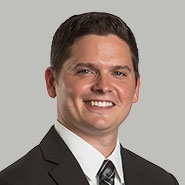