Armstrong Teasdale announces the additions of the following litigators to its St. Louis office: Nicolas P. Cejas and Tod Stephens.

Prior to entering business and law schools, Tod fought in Iraq for three years as a United States Army infantry officer, earning the Bronze Star for Valor, the Purple Heart, three Bronze Stars, the Combat Infantryman Badge, the Combat Action Badge and several other commendations. Tod led American and Iraqi soldiers in direct ground combat on a near-daily basis, and he advised Iraqi Army generals and other leaders on operational and professional matters. 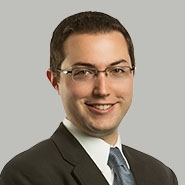