Armstrong Teasdale, a law firm with offices across the United States, proudly announces that trial lawyers Kevin D. Evans and Charles W. Steese have been named among the 2018 Colorado Super Lawyers®. Both attorneys are based in the firm’s Denver office.

Super Lawyers is an annual list of outstanding lawyers who have attained a high degree of peer recognition and professional achievement. Selection for Super Lawyers includes peer nominations, a blue-ribbon panel review process and independent research on candidates.

Evans is a nationally recognized civil and white-collar criminal defense trial attorney. He also handles internal corporate investigations arising out of actual or suspected wrongdoing, including False Claims Act and qui tam matters. For example, Evans spearheaded an internal investigation and conducted a forensic computer review on behalf of a USAID contractor doing work in Afghanistan, ultimately securing a declination for that contractor. In connection with the investigation, he visited Kabul, Afghanistan on two occasions to collect computer information and review documents, and interview employees, former employees and vendors. Evans has represented various Olympic athletes, government entities and Fortune 100 businesses in a wide range of disputes. He also continues to represent the owner of several professional sports teams and sports-related media and other companies in a variety of litigation matters.

His notable accomplishments include representing the U.S. Olympic Committee in connection with the grand jury investigation related to the awarding of the 2002 Winter Games to Salt Lake City; an oil field supervisor charged criminally with violations of the Clean Water Act; a physician charged criminally with violations of the Medicare/Medicaid anti-kickback statute; an environmental laboratory in a grand jury investigation of potential reporting fraud; and the former chief financial officer of a solar panel manufacturer in connection with a false statement investigation related to President Obama's green energy initiative. Evans also represented the former senior director of financial reporting at Qwest in the massive alleged accounting fraud case brought by the SEC against Joe Nacchio, other former Qwest executives, and his client.  In connection with that representation, Evans took the lead on behalf of the defense group in most of the 69 depositions taken in that case, and secured summary judgment for his client.

Steese, who is also the Denver office managing attorney,has successfully tried more than 40 complex commercial cases in courts and before regulatory bodies across the U.S. He focuses on high-stakes, bet-the-company litigation matters for his clients, and their cases often involve parallel litigation and regulatory or other proceedings. For example, in 2017, Steese tried a four-week bench trial where the Colorado Attorney General’s Office was seeking over $240 million in damages.  Steese’s engineering background enhances his ability to handle complicated cases efficiently and effectively. He has obtained unique experience in the areas of telecommunications, intellectual property and higher education. His work has even influenced the way government regulates telecommunications companies specifically in the area of “traffic pumping” (also known as access stimulation). At the forefront of this issue, Steese tried the first such lawsuit and has gone on to handle numerous cases throughout the country. The decisions Steese obtained had a direct impact on the FCC finding that this practice cost the industry billions of dollars, and as a result, modified its existing rules. 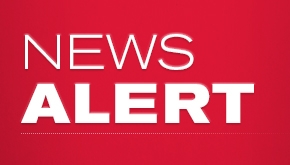 Policing Counterfeit Goods In 2019 Was Redefined By Tech