Secured dismissal from a putative class action in the Eastern District of New York for the client, an au pair organization. The plaintiff asserted minimum wage and overtime violations of the Fair Labor Standards Act, the New York Labor Law, and the wage and hour laws of all other states; and sought to represent a nationwide FLSA collective action and a nationwide state wage-and-hour law class action. After moving to compel arbitration or dismiss, the plaintiff dismissed the client from the lawsuit.

Summary Judgment for Client in Dispute over Acquisition

Represented a sports and entertainment client in a dispute over its acquisition of another company. Plaintiff alleged the acquisition violated an exclusivity provision it had to acquire a subsidiary of the acquired company. The U.S. District Court for the Northern District of Texas granted summary judgment to our client on all of the plaintiff’s claims. 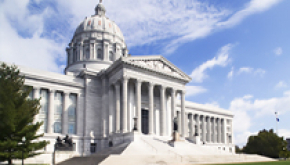