Served as special litigation counsel in the Chapter 11 bankruptcy of a bank holding company. This was the largest bank insolvency in U.S. history, which resulted in a $7 billion settlement with the FDIC and J.P. Morgan.

Served as lead counsel for the Voluntary Employee Benefit Association of Former Disabled Employees for a multinational telecom company, where he was able to coordinate and negotiate a settlement plan and favorable Internal Revenue Service private letter ruling that saved his clients $2.6 million.

Served as counsel in Delaware Chancery and the U.S. Bankruptcy Court for the governing body of a small Caribbean island.

Served as counsel to various parties in cross-border bankruptcies, including foreign representatives in Chapter 15 matters.

Counsel in Various Significant Retail Bankruptcies Over the Past 20 Years

Served as counsel to various entities in some of the largest retail bankruptcies in the last 20 years including debtors, landlords, private equity funds and one of the largest fast food retailers in the world.

Served as co-counsel to the Unsecured Creditors Committee in bankruptcies, which resulted in 100% recovery for unsecured creditors.

Counsel to 40+ National Trucking, Transportation and Logistics Companies in Bankruptcy

Investigation and Cross-Border Recovery of Assets in Transportation Bankruptcy

Served as lead counsel to the Official Committees of Unsecured Creditors in transportation bankruptcy involving a fraudulent logistics company scheme with losses in excess of $100 million and which required investigation and recovery of assets domestically and cross border.

Lead Counsel in Bankruptcy, Largest Rolling Stock Auction in the Past 30 Years

Served as lead counsel to the Official Committees of Unsecured Creditors in transportation bankruptcy involving the largest rolling stock auction in the last 30 years and the going concern sales of two premium service regional truckload carriers.

Counsel to Oil and Gas Companies in Bankruptcy, Shipping and Maritime Matters

Counsel to various oil and gas industry companies, including one of the largest worldwide petroleum companies, in issues involving both upstream and downstream sectors, in bankruptcy matters, and matters involving shipping and maritime law.

Served as co-counsel to the Official Committee of Unsecured Creditors in a Philadelphia energy company’s bankruptcy and worked to keep the largest oil and diesel refinery in the eastern United States open with special attention to issues of national security, labor issues, environmental issues and related operations.

Counsel to Officers and Directors in Governance and Stakeholder Disputes

Served as counsel to various officers and directors in disputes over governance issues and disputes representing private equity firm directors, the C-suite and founders.

Counsel to Private Equity and Venture Capital Funds Across Industries

Counsel to various nonprofits, including service as a general counsel to a national nonprofit trade group, in all aspects of operations, including employment (volunteer and employee handbook), governance, and leading the wind-down under state law of two large nonprofits after a crisis resulted in insolvency.

Regulatory and Compliance Counsel Across Industries, Including with the FDA, DOJ, SEC and FTC

Provided regulatory and compliance counsel to clients in various industries, including matters involving the Food and Drug Administration, the Department of Justice, various agencies that govern import and export controls, the Securities and Exchange Commission and the Federal Trade Commission.

Representation of clients both inside and outside of bankruptcy regarding privacy laws and cybersecurity, including defense of class actions and related collateral attacks in business courts such as the Delaware Chancery Court against officers and directors. 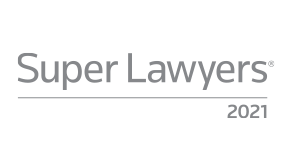