“A good template serves as a guide, not gospel. It must be adapted to fit the facts. That is what should have happened here.” – Hon. Stephanos Bibas

The District Court for the District of Delaware issued an opinion admonishing a Delaware credit union for failing to ensure a model disclosure accurately described its policies. (Miller v. Del-One Fed. Credit Union, No. 1:21-CV-01433-SB, 2022 WL 2817875 (D. Del. July 19, 2022)). The District Court’s finding serves as a warning to all financial institutions which utilize the model language of Regulation E in their disclosures or otherwise rely on model language provided by regulators.

In Miller, a credit union’s overdraft policy was more expansive than Regulation E’s definition of “overdraft” because the credit union’s policy considered upcoming bills when determining how much money was available in its customers’ accounts. Because of this, a customer could overdraft their account despite having sufficient funds to cover the expense – a situation which would not be considered an overdraft under the definition in Regulation E.

Upset that the model disclosure provided by the credit union did not accurately describe their policy and practice, the customer sued the credit union for violating Regulation E and Delaware’s Consumer Fraud Act.

The Court interpreted the requirement of Regulation E – that the credit union must give its customers “a notice in writing … segregated from all other information, describing [its] overdraft service” – to mean that all relevant information about the overdraft policy must be contained in the disclosure. For that reason, the Court found it irrelevant that the credit union accurately described its policy in other documents provided to the customer.

In light of this recent decision, financial institutions should heed the Court’s warning and review their use of model language to ensure it accurately reflects current policies and practices.

Armstrong Teasdale lawyers represent financial institutions in a wide range of regulatory, transactional and litigation matters, including advising on compliance matters involving Regulation E. Please contact your regular AT lawyer or one of the authors listed below for counsel regarding your specific situation. 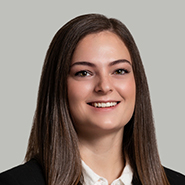