This past week, the Supreme Court ruled in Crown Prosecution Service v. Aquila Advisory Ltd that, where a proprietary claim is brought by a company against its directors to recover proceeds of crime received in breach of fiduciary duty, the claim can be asserted in priority to a Confiscation Order obtained by the Crown Prosecution Service (CPS) under the Proceeds of Crime Act (POCA) 2002. Furthermore, the illegality of the directors cannot be attributed to the company even in circumstances where the company suffered no loss and stood to profit from the crime.

The basic facts of the case are that Mr Robert Faichney and Mr David Perrin were directors of Vantis Tax Ltd (VTL). During this time, Mr Faichney and Mr Perrin (the directors) exploited their position in breach of their fiduciary duty to make a secret profit of £4.55 million. The amount was also the benefit obtained by the directors from their crime of cheating the public revenue by dishonestly facilitating and inducing others to submit false claims for tax relief. VTL went into administration. Aquila Advisory Ltd (Aquila) was assigned VTL’s proprietary rights. Following the directors’ criminal convictions, the CPS sought confiscation orders against them under POCA. Mr Perrin was ordered to pay £809,692 and Mr Faichney was ordered to pay £648,000 to the CPS. Aquila argued that the directors should be treated as having acquired the benefit of the secret profit on behalf of VTL. Aquila argued that, as a result, the £4.55 million was beneficially owned by VTL under a constructive trust, and now the beneficial interest in that trust had been assigned to Aquila. The CPS argued in the case of a proprietary claim by a company against its directors to recover proceeds of crime received in breach of fiduciary duty, the illegality of the directors is attributed to the company. Aquila successfully argued that because it had a proprietary claim to the secret profit of £4.55 million, its claim takes priority over the confiscation orders, which do not give the CPS any form of proprietary interest.

Lord Stephens considered each of the CPS’s three grounds of appeal in turn.

The CPS argued that the Court of Appeal was wrong to conclude that in the case of a proprietary claim by a company against its directors to recover proceeds of crime received in breach of fiduciary duty, the illegality of the directors is not attributed to the company, notwithstanding that the company itself suffered no loss and stood to profit from the illegal acts. However the Supreme Court dismissed this argument and found that the reasoning in Bilta (UK) Ltd v. Nazir [2015] UKSC 23 applies to this case, in that the unlawful acts or dishonest state of mind of a director cannot be attributed to the company to establish an illegality defence defeating the company’s claim under a constructive trust.

The CPS argued that the decision of the Court of Appeal is inconsistent with the regime established by POCA. It argued that POCA was intended to permit innocent third-party purchasers who have paid market value for criminal property to keep it, and for innocent third-party victims who have suffered loss as a result of criminal behaviour to be compensated, in each case in priority to the State, but not to permit third parties to otherwise benefit from criminal activity.

The Court found that the overall scheme of POCA is not to interfere with property rights. Furthermore, although there are specific provisions of POCA which allow the State to override property rights, these provisions were not engaged by the CPS in this case. As a result, the Court found the decision of the Court of Appeal was consistent with POCA.

Finally, the CPS argued that even if the unlawful conduct of the former directors cannot be attributed to VTL, then the trial judge in the proper exercise of his discretion ought not to have granted Aquila any declaratory relief.

The Court found that in this context, the constructive trust (and thus VTL’s beneficial ownership of the secret profits) arose automatically when the directors breached their fiduciary duties. At no stage did the directors own the secret profits in equity. The Court found that the trial judge’s order recognised this reality and was a proper exercise of his discretion.

What does this mean?

The case is a heavy blow to the CPS. If confiscation is an “essential tool” in the fight against corporate and white-collar crime, then it seems that the CPS now have an incomplete toolkit. The case has demonstrated that the unlawful acts or dishonest state of mind of a director cannot be attributed to the company to establish an illegality defence defeating the company’s claim under a constructive trust. The reality is that VTL’s beneficial ownership of the secret profits arose automatically when the directors breached their fiduciary duties, and Aquila have successfully showed that a company and not the CPS would be entitled to all of the directors’ assets, leaving nothing to satisfy the confiscation orders and ultimately raising questions about the CPS’s powers in depriving offenders of the proceeds of criminal conduct.

This judgment reaffirms the law on constructive trusts and the principle that the fraudulent conduct of a company director cannot be attributed to the company. It also underlines the power of a proprietary claim in giving the company priority over the confiscation order which, in this context, gave the CPS no more standing than an unsecured creditor. This is helpful in circumstances where former directors may be insolvent, but it also may allow a company to recover and retain a director’s secret profits. Practitioners can therefore view this as an important decision when considering a claim by a company against its former directors. Notwithstanding this, the Supreme Court suggested that the CPS could have circumvented their problem by adding the company to the original indictment. It will be interesting to see if such a recommendation is heeded in practice. 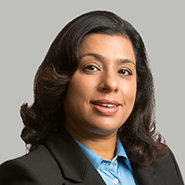