The Irish Government published the long-anticipated Screening of Third Country Transactions Bill 2022 (Bill) on 2 August 2022. The Bill aims to implement the Republic of Ireland’s (Ireland) first regime for screening foreign direct investment (FDI) in key infrastructure, which will be applied alongside the EU Screening of FDI Regulation (EU) 2019/452 (FDI Screening Regulation).

The FDI Screening Regulation addresses EU member state concerns on the purchase of strategic European undertakings by third-country (any non-EU / EEA country other than Switzerland) undertakings.

The Bill will allow the Minister for Enterprise, Trade and Employment (Minister) to review (impose conditions or potentially block) transactions that may present risks to security or public order in Ireland. Explicitly, the Bill creates a mandatory notification obligation on parties to a transaction involving an acquirer from a third country entering into transactions, acquisitions, agreements or other activities, with a value of €2 million or more, in key Irish industries/sectors involving sensitive or strategic activities, which result in a change of control of an asset or undertaking in Ireland.

The review process may last up to 90 days following notification of the transaction and no more than 135 days. If no decision is issued within the 90-day period, the transaction is automatically permitted to proceed. Failure to comply can result in the imposition of substantial fines and/or custodial sentences.

The Bill has been drafted in response to the potential threat posed to security and public order from some foreign investments. Its publication was preceded by the EU-level FDI Screening Regulation, which first came into effect in October 2020 and which seeks to encourage cooperation and information exchange between member states and the European Commission in relation to FDI from third countries. Of the 27 jurisdictions in the EU, 18 had implemented a domestic FDI screening regime based on the FDI Screening Regulation. The U.K.’s FDI screening regime, the National Security and Investment Act 2021, came into force on 4 January 2022 and gives the U.K. Government powers to intervene in corporate transactions.

The Irish FDI Screening Regulation does not require that Ireland adopt a screening mechanism; however, under the FDI Screening Regulation, when requested, it imposes on Ireland the obligation to provide information to other EU member states and/or the Commission on any relevant transaction involving FDI such as details of the target's ownership structure, products, services and business operations; and declaring the other EU member states where the target conducts relevant business operations. This undoubtedly pushed the introduction of the Bill which will facilitate Ireland's compliance with its reporting and obligations under the FDI Screening Regulation.

Reviewing Key Features of the Bill

In essence, the Bill provides for a mandatory and suspensory prior notification regime for investments in sectors contained in the FDI Screening Regulation, being the ‘sensitive sectors’. The sensitive sectors include “critical” infrastructure, technology and a wide range of sectors such as energy, transport, water, health, communications, media, data processing or storage, aerospace, defence, electoral or financial infrastructure. Under the Bill, a mandatory notification obligation (Notifiable Transaction) is applied in respect of transactions which satisfy the following criteria:

Notifiable Transactions which were not notified to the Minister may be reviewed for up to five years post-completion, or up to six months after the Minister first became aware of the transaction.

In addition, the Minister has the power to ‘call in’ a transaction for screening regardless of whether it is a Notifiable Transaction, where there are reasonable grounds to believe that it might impact security or public order. The ‘call-in’ power is exercisable within 15 months of the completion of the transaction.

Failure to inform the Minister of a relevant transaction or to provide accurate information will be a criminal offence carrying a penalty of up to €2,500 or six months imprisonment on summary conviction, or a fine not exceeding €4 million and/or up to five years imprisonment on indictment.

The Minister shall review the transaction and issue a decision within 90 days of notification of the transaction (extendable by 45 days). If no decision is issued within the 90-day period, the transaction is automatically permitted to proceed. The screening process will involve assessment of several specified factors including whether an investor is controlled by a third-country government; the extent of the investors’ involvement in matters related to security or public order; any evidence of criminality amongst the parties to the investment; and the likelihood of the transaction resulting in actions that are disruptive or destructive to people, assets or undertakings in Ireland. The transaction may not complete during the review process, otherwise the transaction will be deemed void under Irish law. Following the screening of a transaction, in the case of an adverse finding, the Minister can either impose conditions or terminate the transaction, including requiring parties:

The Bill will provide a mechanism for protecting Ireland's key infrastructure from ownership by investors from third-country undertakings who may have questionable geopolitical motives. It is one of the most significant developments in Irish M&A in recent years.

However, the Bill must strike a fair balance between enabling the Minster to intervene where necessary, while preserving Ireland’s economy as an attractive FDI location, which is a key growth driver over the past three decades. At present, the Bill, which also needs to be considered in parallel with merger control rules, appears unduly broad. For example, it captures investment activity from non-problematic jurisdictions such as the U.K. or the U.S.; the €2 million transaction threshold for critical sectors is very low; and it provides for unduly lengthy periods for Ministerial review, longer than most other FDI regimes around the globe.

Once the Bill is signed into law, it will be implemented by way of Ministerial Order, which is anticipated to occur in early 2023. It is recommended that investors start thinking now about key features of the Bill, such as: whether the transaction meets the criteria for a mandatory notification; whether the deal documentation should include provision for a potential notification; what is the potential impact of a notification on the deal timeline; and whether any remedies could be offered to address any public or security concerns. 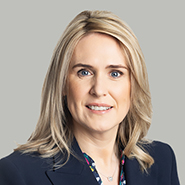 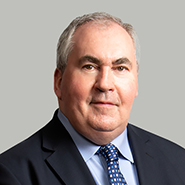 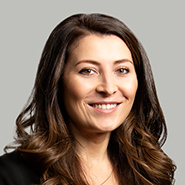