As IT and Fintech Patent Grants Increase, PAE Confidence Grows

In early 2019, new guidelines were issued by the United States Patent and Trademark Office regarding the patent-eligibility of computer-implemented processes. The new guidelines established a clearer path to patent eligibility for applications in fields such as IT and Fintech, a significant contributing factor to the recent upward trend.

Businesses may soon feel the costly repercussions of trying to protect themselves against patent infringement suits by PAEs. PAEs typically do not provide goods or services, but rather acquire and assert patents with the goal of obtaining licensing revenue.

An unexpected patent infringement lawsuit can be time-intensive, costly and stressful for in-house counsel and other business leaders. There are, however, some initial response steps to lawsuits by PAEs that can, in many cases, reduce the cost and time uncertainty that accompanies such lawsuits:

By working with outside counsel on these key steps, you can better estimate a range for the cost and time commitment your company may be facing as the target of a patent infringement lawsuit by a PAE.

Policing Counterfeit Goods In 2019 Was Redefined By Tech 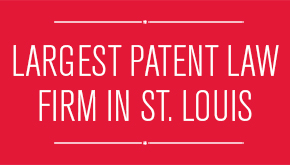 Armstrong Teasdale has been selected by the National Institutes of Health (NIH) to provide Intellectual Property (IP) services in the area of biotechnology law. The multiyear contract would extend from April 20, 2020, through...