The Third Circuit noted that the District Court’s June 26, 2020, order affirming the Bankruptcy Court’s denial of Rothman’s motion to stay the order, granting Wells Fargo relief from the automatic stay order, contained its reasoning and was not set out on a separate document. Therefore, the order was not considered entered until 150 days after entry of the order on the docket; the Court pointed to Federal Rule of Appellate Procedure 4(a)(7)(A)(ii), Federal Rule of Civil Procedure 58(a) & (c)(2)(B); and Witasick v. Minn. Mut. Life Ins. Co., 803 F.3d 184, 187 (3d Cir. 2015) (explaining that an order must omit reasoning to be considered a separate document) to support its position regarding timeliness. Although Rothman’s motion for reconsideration was deemed timely, the Court ultimately affirmed the lower court decision.

In a case that only tangentially involved the issue of bankruptcy, the appeal from the United States District Court for the District of New Jersey (District Court) addressed the burden on an appellant when disputing a federal tax assessment. Nicholas Morales, Jr. appealed from the District Court’s order entering a judgment against him. In September 2017, the Government initiated an action to reduce to judgment the federal income taxes assessed against Morales for the 2009-2015 tax years; the government agreed to dismiss its claims with respect to the 2009, 2011, 2012 and 2013 tax years as the appellant’s federal income tax liabilities for those years were discharged through bankruptcy, but maintained that appellant had failed to satisfy its demand for payment for the remaining tax years: 2010, 2014 and 2015. Morales moved for summary judgement, which was denied by the District Court. The District Court ultimately entered judgment against Morales in the amount of $187,710, plus interest and statutory additions accruing after that date according to law until paid in full.

The Third Circuit affirmed the District Court’s decision, citing United States v. For D’Italia, Inc., 536 U.S. 238, 242(2002) (citing, inter alia, Psaty v. United States, 442 F.2d 1154, 1160 (3d Cir. 1971): “It is well established in tax law than an assessment is entitled to a legal presumption of correctness[.]” The Court noted that even in cases such as this where the government is the plaintiff, that presumption means that the taxpayer bears both the burden of production and the ultimate burden of persuasion to demonstrate by a preponderance of the evidence that the tax assessment is erroneous. Psaty, 442 F.2d at 1160. Thus, according to the Court, at the summary judgment stage, the government’s production of the assessments “shifted to [Morales] the burden of going forward with evidence to show that the assessment[s]” were erroneous. Brownstein v. United States, 979 F.2d 952, 954 (3d Cir. 1992).

The Third Circuit concluded that Morales failed to produce any evidence that would permit a reasonable factfinder to conclude that the assessments were erroneous. Rather, Morales primarily argued that the claim for the 2010 tax year was untimely. The government must assess taxes within three years after the return was filed pursuant to 26 U.S.C. Section 6501(a), and any taxes assessed must be collected by levy or court proceeding within 10 years after the assessment of the tax pursuant to Section 6502(a)(1). The government produced evidence that Morales filed his 2010 return on April 27, 2017, and assessed the income taxes for that year against Morales on July 3, 2017, within three years of receiving the return. The Government commenced its court proceeding in the District Court on Sept. 17, 2017, within 10 years after the assessment of the tax return. Thus, the government’s claim for the 2010 tax year was timely. As for tax years 2014 and 2015, the appellant repeated the arguments he made in District Court that the IRS disallowed deductions he sought based on his financial support of his adult children, but offered no specific arguments or documentation to support his contention. 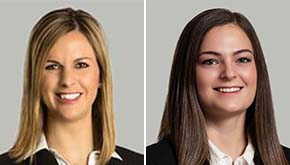