These are the words of a distinguished professor of law, Professor Andrew Tettenborn, on the reflective loss principle which is designed to prevent a claimant from recovering damages for loss suffered because the company in which the claimant is invested has suffered loss.  The principle is said to be based on the decision of the Court of Appeal in Prudential Assurance Co Ltd v Newman Industries Ltd (No 2) [1982] Ch 204, and  developed in the later House of Lords case in Johnson v Gore Wood [2002] 2 AC 1.

Under Prudential, a shareholder was barred from recovering a sum equal to the diminution in the market value of his shares where the shareholder’s loss was “reflective” of a loss suffered by the company.  In Gore Wood, Lord Millett expanded the bar to claims by creditors who also happened to be shareholders in a company.  Instead, only the company could bring a claim for such loss.

On 15 July 2020, the Supreme Court handed down judgment in Sevilleja v Marex Financial Ltd [2020] UKSC 31.  The Court’s decision has the effect of clarifying the scope of the principle of reflective loss by:

Facts and Decisions of High Court and Court of Appeal

The appeal before the Supreme Court relates to earlier Commercial Court proceedings where Marex Financial Ltd (Marex) sued two BVI companies owned and controlled by Mr Sevilleja (the “Companies”) for substantial amounts due to Marex under contracts between the parties.  Marex successfully obtained a judgment in its favour.  However, before the judgment was publicly handed down, it was alleged that Mr Sevilleja stripped the Companies of their assets, making them insolvent and thus preventing the judgment debt awarded in favour of Marex from being satisfied.

Marex therefore brought a claim against Mr Sevilleja personally to recover damages in tort, on the grounds that Mr Sevilleja (i) intended to induce or procure the violation of its rights under the judgment and order of the Commercial Court, and (ii) intentionally caused it to suffer loss by unlawful means.  Marex sought and obtained an order giving it permission to serve the proceedings on Mr Sevilleja out of the jurisdiction.

Mr Sevilleja appealed the decision of the lower Court granting permission to serve the proceedings out of the jurisdiction on the basis that Marex did not have an arguable claim against him because of the reflective loss principle i.e. Marex was barred from claiming because its loss simply reflected the loss suffered by the Companies who had concurrent claims against him (which, for completeness were not being pursued at that time).  The Court of Appeal agreed with Mr Sevilleja saying that the doctrine of reflective loss barred Marex’s claim as a creditor of the Companies for loss which was reflective of the loss caused to the Companies by Mr Sevilleja.    The matter was appealed to the Supreme Court.

The Supreme Court unanimously allowed the appeal brought by Marex, thus reversing the Court of Appeal decision.  The Court, however, expressed different views on the question of how far the reflective loss principle should have application in future cases.

Leading the majority, Lord Reed reaffirmed the reflective loss principle, in Prudential, as being a principle of company law, distinct from the general principle of the law of damages.  He emphasised that there is a distinction between two types of claims.

The Supreme Court’s decision is expected to be welcomed by many, in particular creditors of insolvent companies who wish to pursue claims against directors for fraud or other wrongdoings.  From the directors’ perspective, it now is even more important to minimize their personal risk exposure, particularly in the current economic climate.  It is especially important for directors to carefully consider their statutory duties and responsibilities when insolvency of the company is potentially looming. 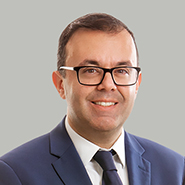 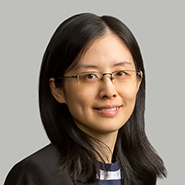 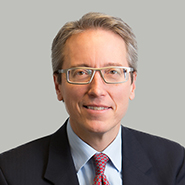