On June 23, 2022, the 50th anniversary of the enactment of Title IX of the Education Amendments of 1972 (Title IX), and less than two years after the last significant overhaul of regulations went into effect in August 2020 (the 2020 Regulations), the Department of Education announced that a new set of proposed regulations has been released for public comment. In its accompanying fact sheet, the Department explained that these “proposed amendments will restore vital protections for students in our nation’s schools which were eroded by controversial regulations implemented during the previous Administration.” The Department went on to say that the 2020 Regulations had “weakened protections for survivors of sexual assault and diminished the promise of an education free from discrimination,” and views the newly proposed regulations as providing “clear rules to help schools meet their Title IX obligation to eliminate sex discrimination in their programs and activities” and strengthening “protections for LGBTQI+ students by clarifying that Title IX’s protections against discrimination based on sex apply to discrimination based on sexual orientation and gender identity.”

The following are some important highlights from the proposed new regulations that, if implemented, will impact many institutions’ Title IX policies and processes:

Additional information on the proposed rules and how they differ from the 2020 Regulations is available in this Summary of Major Provisions created by the Department. These proposed changes in the regulations, if implemented, will again require educational institutions receiving federal funding to make some fundamental alterations to their policies and procedures to ensure compliance with the requirements of Title IX. The proposed changes will be subject to a 60-day public comment period and may be revised further before being implemented, but there are a number of action items that institutions should consider taking now to prepare for possible changes in the future:

If you have questions about what these proposed regulations may mean for your institution, please reach out to your Armstrong Teasdale contact or any member of our Higher Education Industry Team. Two members of the team, Alexandra (Sasha) Thaler and L. Michelle Lewis, will also be attending the upcoming NACUA Annual Conference in Pittsburgh and look forward to connecting with you there. 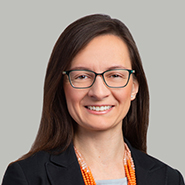