The New York City Council recently enacted the “Climate Mobilization Act,” aimed at cutting greenhouse gas (GHG) emissions with the slogan of “a Green New Deal for New York City.” According to the City Council, because climate change is primarily attributed to the rise in GHG emissions, reducing emissions from buildings in New York City is paramount, since buildings contribute about 70% of citywide emissions. The laws from the Climate Mobilization Act that are applicable to New York City cooperatives and condominiums are Local Laws 92, 94, 95, 96 and 97, all of 2019, which were enacted on May 19, 2019. When reviewing these Local Laws, each reference to the “building owner” should be read as a cooperative’s Board of Directors or a condominium’s Board of Managers.

The Law expands the initiatives of previous Local Laws such as the New York City Climate Protection Act of 2008 and sets a goal of reducing GHG emissions from covered buildings by 40% by the year 2030 and by 80% by 2050, using 2005 as the baseline. Covered buildings include:

Notable exceptions to the Law are buildings owned by the New York City Housing Authority or New York City; buildings that are three stories or less where the individual owners are responsible for their own HVAC systems; Housing Development Fund Corporations (i.e., those created under Article XI of the NYS Private Housing Finance Law); and those with at least one rent-regulated unit.

A covered building that exceeds its annual GHG emissions limits will be subject to a penalty equal to the amount by which the building’s emissions exceed the limits multiplied by $268. Boards can look up their building’s GHG emissions for the years 2012–2016 here. Building owners who fail to report their annual GHG emissions are subject to a penalty based on the building’s gross floor area for each month that the report remains unfiled. For a 30,000-square-foot building, this penalty would be $15,000 per month. However, no penalty will be assessed to building owners who submit the annual emissions report within 60 days of the due date, and extensions may be permitted for good cause. A false statement made knowingly in an annual report is punishable as a misdemeanor with a fine of up to $500,000.

Penalties for excessive GHG emissions may be mitigated if a building owner can show good faith efforts were made to comply with the Law. Adjustments can be made to a building’s annual emissions limit, for example, if space constraints make the improvements impossible, or the building has landmark designation. These adjustments are effective for a maximum of three years. The second type of adjustment is for buildings for which the cost of financing the capital improvements would prevent the owner from earning a reasonable financial return on the use of the building or the building is experiencing financial hardship. This adjustment is only granted for one calendar year.

Furthering the reduction of GHG emissions, the Local Law provides that buildings must undertake the following energy conservation measures, as applicable, by Dec. 31, 2024:

Known collectively as the “Green Roof Law,” these Laws provide that when an entire existing roof deck is being replaced (i.e., the flat or sloped surface on which the roofing materials are built), 100% of the roof must be a “sustainable roofing zone,” which is defined as “areas of roof assembly where a solar photovoltaic electricity generating system, a green roof system, or a combination thereof, is installed.” The Green Roof Law contains technical requirements, depending on the size or slope of the roof, to determine what portion of the roof must be equipped with at least a solar power system or a green roof system. Exceptions to the sustainable roofing zone include (among others) recreation areas and mechanical equipment on the roof. NOTE: Buildings with recreation areas on their roofs such as roof terraces should check their Certificate of Occupancy to be sure the recreation area is reflected on the Certificate. If a Certificate of Occupancy does not currently show a recreation area, the Board should act now to modify the certificate, as the area might not otherwise qualify as an exception to the sustainable roofing zone.

The Law provides that the Department of Buildings can make a determination as to whether a building’s roof is unsuitable for both a solar-powered roof system and a green roof. Under the Law, the Department of Housing Preservation and Development will study and determine the requirements for low- and moderate-income housing buildings.

Local Law 84 of 2009 requires certain buildings in New York City to annually “benchmark” energy and water usage, which is defined as inputting and submitting energy and water usage through a “benchmarking tool,” an internet-based database system developed by the United States Environmental Protection Agency. Boards can view their building’s data here.

This Local Law establishes the Sustainable Energy Loan Program (SELP) to finance energy efficient improvements and “renewable energy systems,” which are defined as energy generating systems for electric or thermal energy that are generated by means of solar thermal, solar photovoltaic, wind, geothermal or other renewable energy technology approved by the New York State Energy Research and Development Authority (NYSERDA). The loan is repaid by the building owner as a separate line item on the owner’s property tax bill and the payments are collected at the same time and manner as the municipal taxes. Once the rules are promulgated for the SELP, building owners will have more information as to eligibility criteria, terms of repayment and filing requirements.

Under the Climate Mobilization Act, Boards of Cooperatives and Condominiums must institute those of the abovementioned energy conservation measures that are applicable to their building no later than Dec. 31, 2040. By May 1, 2025, the Board must submit its first report showing GHG emissions. However, the work necessary to comply with these deadlines must start sooner than 2024. Boards should consult with design professionals such as engineers, as well as consultants who specialize in assessing energy use and implementing energy retrofits and renovations, in order for their buildings to consume less energy. Due to the number of buildings in New York City that will need to hire consultants and contractors to address energy issues, we encourage Boards to consult with professionals as soon as possible. In the event a building qualifies for any adjustments to its GHG emissions limits under the Law, the procedures for applying for such adjustments should also be promptly commenced. We also encourage Boards to be in contact with their attorneys as the rules for this legislation are promulgated, to be sure the Boards are familiar with their responsibilities as quickly as possible. For condominiums that will require capital improvement projects or financing for these projects, we encourage Boards to consult with their attorneys as to reviewing the bylaws and obtaining the requisite consent from unit owners prior to signing any contracts or loan documents.

The process of examining a building’s energy use, obtaining quotes for retrofits and renovations, and budgeting for the work will likely be lengthy, and the work could be costly. A representative from an environmental nonprofit organization recently called the Climate Mobilization Act “the largest disruption in New York City real estate in history” with “billions to be spent” on making buildings greener. However, there is hope that, as a result of becoming more energy efficient, some older buildings will realize such high savings in energy use, reportedly some as high as 70%, that the retrofitting will quickly pay for itself. Because of the expenditures involved, we also encourage Boards to speak with their accountants with respect to these projects. In addition to informing themselves about the SELP discussed above, Boards should investigate the NYSERDA grants that are available for energy retrofits, and the federal and state income tax credits, as well as New York City real property tax abatements and programs available. Some of these financial incentives are phasing out and will not be available in the future; therefore, we encourage Boards to investigate these programs as soon as possible. Boards should also contact Consolidated Edison in regard to its incentives. 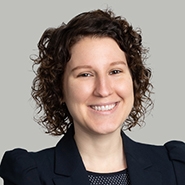 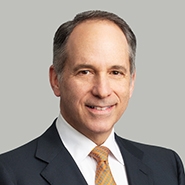 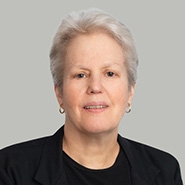 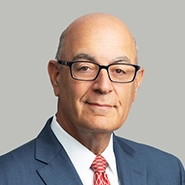 Condos and Co-ops and the Paycheck Protection Program