The U.S. Court of Appeals for the Ninth Circuit, in Bourne Valley Court Trust v. Wells Fargo, recently handed down a significant decision providing that a Nevada foreclosure law was unconstitutional because the law did not require homeowners’ associations (HOA) to give mortgage holders prior notice of foreclosure actions. Over the last several years, numerous quiet title actions have been filed by purchasers of real property at HOA foreclosure auctions, as well as by mortgage holders, to determine the priority of HOA liens and mortgage holders’ first deeds of trust. An action to quiet title is a lawsuit filed to establish ownership of real property.

In Bourne Valley, a quiet title action was filed relating to the purchase of real property at an HOA foreclosure auction. The original homeowner of the property fell behind on HOA assessments, and the HOA filed a notice to foreclose on the property. The property was subsequently sold at auction, and the purchaser filed an action to quiet title to strip off the mortgage holder’s deed of trust. The purchaser argued that the HOA foreclosure extinguished all junior interests in the property, including over the mortgage holder’s first deed of trust. The purchaser’s argument was based on a recent ruling by the Nevada Supreme Court that interpreted a state statute to give HOAs a “super priority” lien on unpaid assessments, which allowed HOAs to foreclose on their liens and extinguish mortgage liens.

The Ninth Circuit agreed with the mortgage holder’s argument that Nevada’s HOA statutory notice scheme for foreclosures was unconstitutional. It found that the statutory scheme, which required an HOA to alert a mortgage holder that it intended to foreclose only if the mortgage holder had “opted-in” to receive such notice, violated a lender’s right to due process under the 14th Amendment to the U.S. Constitution. The 14th Amendment requires a state to give reasonable notice before taking an action that could affect a person’s interest in life, liberty, or property. According to the Court, an opt-in scheme does not satisfy the reasonable notice requirement.

Prior to the Court’s ruling, the Nevada state legislature amended the notice statute to require that HOAs notify all lenders of plans to foreclose and removed the "opt-in" provision from the statute. In short, this amendment requires all mortgage creditors be notified before foreclosures. However, despite the amendment to the statute, the Court’s decision will still have a major impact as most of the HOA foreclosures occurred under the pre-amendment version of the notice statute. 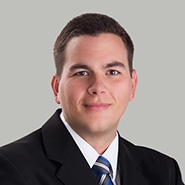