The Securities and Exchange Commission confirmed this week that it expects companies to timely file reports required under the conflict minerals rule and to comply with other provisions unaffected by a recent appellate decision holding a portion of the rule unconstitutional. The guidance was contained in a statement issued on April 29, 2014 by the Director of the SEC Division of Corporate Finance. The clarification followed the April 14, 2014 ruling by the United States Court of Appeals for the District of Columbia Circuit in National Association of Manufacturers, et al. v. SEC, et al. that certain reporting requirements under the conflict minerals rule violated the First Amendment.

Notwithstanding the SEC’s statement about compliance with Rule 13p-1, such guidance remains subject to further action taken by the SEC or a court. A prior statement issued by two of the five Commissioners recommending a stay of the rule in its entirety pending final resolution of the litigation suggests that the Commission is divided in its response to the issue.

The SEC will consider the need for further guidance on the conflict minerals rule in advance of the June 2, 2014 filing date. We will continue to monitor the case and action by the SEC and provide updates to this alert as necessary. 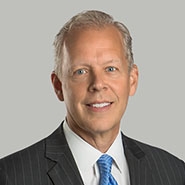