In recent years, the market for Special Purpose Acquisition Companies (SPACs) has seen significant growth. In 2020, SPACs raised approximately $80 billion—a steep increase from the prior year’s record high, according to data from SPACInsider, and about as much as the last 10 years combined. This resurgence activity resulted in over 235 counts with an average public offering of $334.8 million. SPACs in 2020 accounted for about 50% of the IPO market share—a truly incredible statistic.

SPAC activity spans a wide range of industries with an increased focus on potential acquisition targets involving cannabis, green technology, information technology, sports betting and health care. With the meteoric rise in value (and popularity) of bitcoin and other cryptocurrencies, it is likely we will see significant SPAC activity in 2021.

What is a SPAC?

Despite being around for years, the general investing public is not well educated about SPACs. Simply put, a SPAC is an entity formed with no operations or specific business purpose. You may also hear a SPAC called a “blank check company.”

Typically, a SPAC is formed by a management team, referred to as the “sponsor.” There are two clear stages of a SPAC’s life cycle: (1) the initial public offering (IPO) and (2) the business combination. First, investor funds are raised through an IPO with the stated intention of subsequently acquiring or merging with an unidentified existing privately held company. Once the money is raised, the funds are put in a trust to await the next step—the business combination. The funded public company has about 24 months to find one or more businesses with which to combine.

Once the SPAC has identified an initial business combination opportunity, it negotiates all of the terms of the combination at arm’s length with the target company and executes the business combination. This opportunity is then presented to the SPAC shareholders for approval under federal proxy rules. If approved, the private target company, in essence, reverse merges with the publicly traded SPAC and then carries on its business—but now as a public reporting company.

Why are SPACs so popular now?

One reason for the growing popularity of SPACs is that their structure bypasses many of the issues and complications of a traditional IPO. There are attractive features for both the SPAC IPO investor and the business combination target. As for the target company, there may be greater certainty as to the economic terms and value of the subsequent business combination than when a company goes public directly. With a SPAC, the target negotiates for fairly fixed economic terms with only one counter-party—and although there is some material amount of price movements due to potential shareholder redemptions and other collateral issues (such as private investment in public equity (or PIPE) transactions sitting alongside the business combination), the relative value of the transaction for both parties is fixed. Accordingly, private companies may be more receptive to a business combination rather than moving forward with a traditional IPO during times of market instability and higher volatility. Transacting with a SPAC may also permit a private company to go public much more quickly than they otherwise would be able to under the traditional IPO process.

For investors in a SPAC IPO, certain attributes of SPACs mitigate certain risks for investors. For example, the legal requirement that SPAC investors will always have a redemption right if they are not optimistic about the identified business combination offers some protection to investors—and there are typically warrants and other rights that are offered; further mitigating the risk to the IPO investor. Also, as noted above, shares are liquidated and capital is returned to investors if the transaction does not consummate within the allotted time period—with the sponsor bearing the cost of that failure.

With the explosion of SPAC activity, it is not surprising that regulatory authorities, especially the U.S. Securities and Exchange Commission (SEC), have taken notice and have become more involved in regulating and overseeing these investment vehicles. For example, on Dec. 22, 2020, the SEC Division of Corporate Finance issued CF Disclosure Guidance: Topic No. 11 which outlines disclosure considerations for SPAC IPOs and business combination transactions. This guidance is intended to bring about clear disclosure by SPAC sponsors, management and other affiliates so that public investors understand their financial incentives and potential conflicts, both at the time of the SPAC IPO, as well as during the business combination transaction.

The SEC has also recently announced that it is particularly focused on incentives and compensation to SPAC sponsors. SPAC sponsorship can be highly lucrative with SPAC sponsors typically receiving an equity portion of the SPAC in exchange for their work associated with creation of the SPAC, solicitation of potential investors, and identification of potential acquisition targets. By way of example, the SEC posed questions such as: (1) How much equity do the sponsors have initially? and (2) How much do they receive at the time of the acquisition transaction?

The SEC further stressed that full disclosure and transparency at these stages is key to ensuring that investors understand the nature and scope of the compensation and incentives involved. It is anticipated that the new SEC Chairman Gary Gensler, who has taken an active approach to regulatory and enforcement matters, will continue, and likely expand, the SEC’s regulatory oversight of SPACs and push for more targeted regulation – particularly as it pertains to disclosure requirements. It has been contemplated by media that Gensler may strive to bring SPAC activity levels down, or “burst” the so-called SPAC bubble altogether.

For best practices, according to the SEC, a SPAC preparing to conduct an IPO or identify a potential business combination transaction to shareholders should carefully consider its disclosure obligations under the federal securities laws as they relate to conflicts of interest; potentially differing economic interests of the SPAC sponsors, directors, officers and affiliates; and the interests of other shareholders and other compensation-related matters. Proper disclosure by the SPAC can help alleviate the risk of future litigation.

With the explosion of SPAC activity in 2020, the likelihood of enhanced regulations on the horizon and recent SEC guidance, we anticipate increased regulatory scrutiny in 2021 and a resulting uptick in investigations and litigation arising from these transactions. We also anticipate an uptick in private shareholder litigation stemming from these transactions including: (1) securities class actions against the new public entity (which is subject to the same scrutiny as any public company); (2) misleading and/or fraudulent misrepresentations and/or omissions in proxy statements (or other statements) concerning the target company; and (3) claims that SPAC directors breached their fiduciary duties of care and loyalty to the shareholders by failing to conduct adequate due diligence of the potential target.

Additionally, potential investors looking to jump on the SPAC bandwagon should be conscious of an impending scarcity of viable privately held operating companies that is likely to occur as the market becomes more saturated with SPACs. With the increased competition, it will become more difficult for SPACs to acquire an attractive private company. In a recent Investor Bulletin, the SEC advises investors to learn about the sponsor’s interest in the SPAC. The bulletin notes that investors should be aware that although most of the SPAC’s capital has been provided by IPO investors, the sponsors will benefit more than IPO investors from the SPAC’s completion of a business combination and may have an incentive to complete a transaction on terms that may be less favorable to the investor. The sponsor’s interest might further run afoul from the investors’ interest if additional funding is required for the business combination. For example, the sponsor may seek additional financing in the form of a loan or security which dilutes the investors’ interest or is obtained under different or “special” terms.

Further, as the SPAC acquisition due diligence process is largely completed by the SPAC management or sponsor and facilitated with the help of the target company, there is a heightened concern that without external due diligence review, fraudulent transactions may become more common. For example, target companies may provide misleading or insufficient materials to the SPAC. Also, sponsors may move forward to consummate an acquisition with a target company for the limited purpose of the direct financial gain to them, and without concern for investors’ interests.

Another area that portends an increase in litigation and regulatory scrutiny is the increasing cost and difficulties in getting Director and Officer (D&O) insurance coverage for SPAC sponsor teams. Typically, SPAC sponsors obtain D&O coverage to protect themselves from potential claims, and as a means of attracting established directors to the SPAC management team prior to the IPO. Obtaining D&O coverage has becoming increasingly more difficult, however, with fewer insurers writing these policies, and the price for them is skyrocketing. For example, from August-October 2020, the cost of a $20 million D&O policy more than tripled from approximately $400,000 to roughly $1.5 million in October. While there are other factors, the perceived risk of SPACs certainly plays a part in that increase.

Our Corporate and Litigation attorneys are continuing to monitor for updates and will share any additional insights regarding SPACs as appropriate. For questions regarding SPACs and business combinations with SPACs, please contact your regular Armstrong Teasdale LLP attorney or the attorneys listed on this advisory. 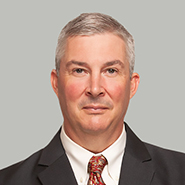 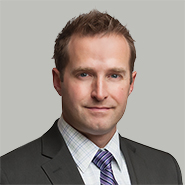 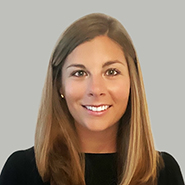