Is there a statute of limitation in government Clean Water Act Cases?

A Minnesota federal trial court recently ruled that the government can sue Clean Water Act violators even if the statute of limitations has expired. The decision opens the door for the Eighth Circuit to issue a definitive ruling that could create serious implications for environmentally regulated industries.

At issue is whether what is known as the “concurrent remedy doctrine” allows regulators to sue defendants for equitable remedies after the statute of limitations for filing legal (monetary) claims has expired. Equitable claims are those that seek to force a defendant to stop or take certain actions, and are typically very costly for defendants to implement.

In U.S. v. Mlaskoch, No. 10-2669, 2014 WL 1281523 (D. Minn. Mar. 31, 2014), U.S. District Judge John Tunheim granted the government’s motion for summary judgment for equitable relief against the Mlaskoch family. The government alleged that the Mlaskochs violated the Clean Water Act, despite the fact that suit was filed more than five years after the alleged violation occurred (placing the suit outside the federal default statute of limitations). The court held, however, that regardless of when the suit was filed, the governmental-enforcement exception of the concurrent remedy doctrine supported the government’s claims for equitable relief.

The concurrent remedy doctrine provides that when “a party’s legal remedies are time-barred, that party’s concurrent equitable remedies generally are barred as well.” The federal statute of limitations, 28 U.S.C. § 2462, holds that civil actions must be brought within five years from the date when the alleged violation first occurred. Thus, traditionally, when a civil action (such as a Clean Air Act or Clean Water Act penalty case, like in Mlaskoch) is filed outside the relevant statute of limitations, and the plaintiff seeks equitable remedies in addition to legal remedies, the concurrent remedy doctrine normally would bar claims for equitable remedies including an injunction. Not exactly, according to Tunheim’s opinion.

Citing Tenth and Eleventh Circuit cases, the judge found persuasive other courts’ rationales holding that government suits raise different interests than private plaintiffs with respect to the statute of limitations. Those courts held that the concurrent remedy doctrine does not bar suits for injunctive relief brought by the government because the federal statute of limitations only specifically precludes legal remedies and not equitable relief. Thus, Tunheim construed the statute of limitations in favor of the United States and held that its claims were not time-barred. In so holding, he departed from the Eighth Circuit’s ruling in Sierra Club v. Otter Tail Power Co., 615 F.3d 1008 (8th Cir. 2010), which barred equitable relief sought by the Sierra Club in a citizen-enforcement Clean Air Act suit.

If the Mlaskoch case is appealed and considered by the Eighth Circuit, the resulting decision will carry the potential for expanded liability for the environmentally regulated industry. In addition, it will also represent another circuit court’s ruling in what is developing into a circuit split regarding the applicability of the concurrent remedy doctrine in environmental cases.

For now, regulated industries in the Eighth Circuit should be on alert that environmental enforcement cases deemed foreclosed might now face the prospect of being re-opened. 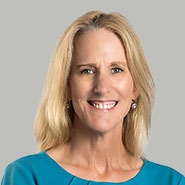