Just as Web3 is a catch-all term for digital assets and infrastructure – as highlighted at last month’s Cryptopia pop-up – crypto is a catch-all for digital currencies used as a medium of exchange over the internet. This exchange occurs through technology that permits transactions to be gathered into blocks of data (i.e., blockchain technology).

While crypto and blockchain technology have spurred seemingly limitless amounts of innovative data use – total transaction volume grew to $15.8 trillion in 2021, up 567% from 2020’s totals – crypto crime is also way up. Illicit addresses received an estimated $14 billion over the same time period. (See The 2022 Crypto Crime Report by Chainalysis.)

Part of the problem is, unlike traditional technologies, blockchain is not maintained by a single individual or centralized entity– anyone can download a copy of it – leading to numerous data innovation, privacy and security challenges. As to the latter, incidents that occurred last year were monstrous. For example:

These incidents highlight the severity of cybercrime in a dynamic industry. As crypto continues to grow and “comprise an expanding part of the U.S. financial system,” cybercrime will follow suit unless there are laws and regulations to bolster the security and structure of crypto and blockchain technology.

Significantly, in 2017, Delaware amended the Delaware General Corporation Law to authorize the use of distributed ledgers or blockchain technology for the creation and maintenance of corporate records, including a Delaware corporations’ stock ledger (8 Del. C. § 224). While arguably federal legislation already exists which legalizes smart contracts, these legislative efforts help to clarify and promote their use. (The fact that smart contracts are written in code without a physical signature does not prevent their enforceability due to the United States Electronic Signatures in Global and National Commerce (E-SIGN Act) and the Uniform Electronic Transaction Act (UETA). See 15 U.S.C.§ 7001, et seq.)

But ultimately, the federal government will have the most impact. As noted last August by the Chairman of the Securities and Exchange Commission (SEC), Gary Gensler, “right now, we don’t have enough investor protection for crypto. Frankly, at this time, it's more like the Wild West.” Last year, Congress introduced 35 bills targeting this technology including:

The federal agencies vying to determine the most direct way forward for the laws and regulations governing crypto and blockchain technologies include:

Not to be left out, a few weeks ago the United States Secret Service launched a cryptocurrency public awareness hub. On its hub the Secret Service highlights the “ongoing growth in decentralized financial ecosystems, peer-to-peer payment activity and obscured blockchain ledgers” that “are abused and used in illicit ways.”

As noted by leading technology innovators at Cryptopia, laws, regulations and industry standards are coming, and that’s not necessarily a bad thing. For further information about crypto and blockchain technology, contact the authoring attorneys at Armstrong Teasdale, or sign up for their upcoming webinar on March 16, 2022, titled “The Intersection of Blockchain, Crypto and DeFi with Data Innovation, Privacy, and Security.” 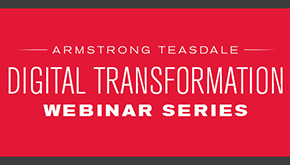 The Intersection of Blockchain, Crypto and DeFi with Data Innovation, Privacy and Security
Read More