Represented a not-for-profit client in a complaint brought in Pennsylvania Commonwealth Court regarding funds paid to the client as part of an earlier settlement. The client and its board of directors were sued by a Pennsylvania state agency alleging the funds had not been spent or loaned out in accordance with the terms of the settlement agreement. On initial motions, the Court determined that the matter should be treated as an original jurisdiction complaint as opposed to an action to enforce the agency’s earlier decision, resulting in a more favorable evidentiary standard for the client.

Granted writ of prohibition from the Superior Court of Pennsylvania in dozens of related product liability actions for a national window manufacturer.

Obtained affirmance of summary judgment at the Court of Appeals for the Second Circuit in a federal corporate veil-piercing action involving a major web and mobile application company.

Obtained quashal on behalf of a national law firm on appeal seeking to overturn sustaining of preliminary objections dismissing the lawsuit brought against the firm and others.

Represented a labor union in connection with allegations of defamation, intentional infliction of emotional distress and related business torts.

Representation of Pharma Company in Breach of Contract Case

Represented a major pharmaceutical company as part of trial team in a breach of contract suit litigated over five days before the Delaware Court of Chancery.

Represented a national home builder in contract and environmental disputes at both trial and appellate levels.

Successfully defended, as part of a team, a state senator against federal bribery charges. 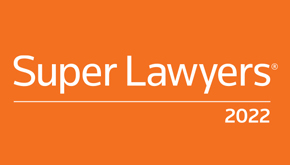