The Ratings (Coronavirus) and Directors Disqualification (Dissolved Companies) Bill, which is currently being considered in the House of Lords, contains significant implications for directors of dissolved companies.

The key provisions of the Bill, which if passed is likely to become law in late 2021 or early 2022 and importantly expressly provide that it will have retrospective effect, are that the Insolvency Service will be able to:

If the Bill is passed, where a Court is satisfied that the conduct of a director of a dissolved company renders that director unfit to be concerned in the management of a company, possible penalties include:

The breach of a director’s disqualification order can lead to imprisonment for up to two years and/or substantial fines.

Dissolving a limited company is a relatively straightforward and inexpensive process. It can be done voluntarily by payment of a nominal fee plus the filing of a form at Companies House. The Registrar of Companies can also strike a company off if, for example, the company fails to meet its annual filing requirements. There are many legitimate reasons for dissolving a company, but its relative ease has left the process open to abuse, which the Bill seeks to address.

At present, the general position is that the conduct of former directors of dissolved companies cannot be investigated by the Insolvency Service under the CDDA. This is to be contrasted with the position of directors of companies which have been placed into an insolvency process (liquidation, administration, etc.), who can be subject to investigations under the CDDA following the statutory reports on their conduct, and the reasons for the failure of the business, which are made by the insolvency office holder.

The explanatory notes to the Bill have identified three main complaints about the conduct of former directors of companies which have been dissolved:

An impetus for the introduction of the Bill is a concern identified by the U.K. Government that company directors who have taken out Government-backed loans for support during the coronavirus pandemic may seek to dissolve the company rather than repay the loan, thereby causing loss to the public purse. The relevant measures in the Bill sit with Kwasi Kwarteng MP, the Secretary of State for Business, Energy and Industrial Strategy. He has commented: “As we build back better from the pandemic, we need to restore business confidence, but also people’s confidence in business - which is why we will not hesitate to disqualify directors who deliberately leave employees and the British taxpayer out of pocket.”

The Bill’s retrospective effect means that directors intending to dissolve their companies will now need to consider whether their conduct would withstand scrutiny in any investigation by the Insolvency Service.

And if a (former) director of a dissolved company becomes the subject of an investigation by the Insolvency Service, they should take professional advice as quickly as possible to ensure that a full response to any investigation is put forward. 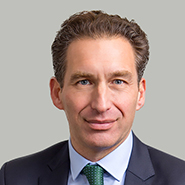