On January 16, 2016, various iterations of "Iran Sanctions Lifted" appeared in the headlines. Taking this quote literally, the assumption is that the doors are now open to freely engage in business with Iran. A closer look, however, indicates that the crack has only narrowly widened.

In reality, the "primary sanctions" enforced under the Iranian Transactions Sanctions Regulations ("ITSR"), as well as the accompanying complex regime of sanctions against Iran that are expressed through a series of statutes and Executive Orders, remain largely intact closing the commerce doors to most "U.S. persons" conducting business in Iran.

So what really happened on January 16, 2016 (“Implementation Day”)?
On Implementation Day, the International Atomic Energy Agency (IAEA) verified that Iran had instituted certain nuclear related commitments under the Joint Comprehensive Plan of Action (JCPOA). In response, the U.S. lifted certain nuclear-related "secondary sanctions" described in the JCPOA. The secondary sanctions (and the "lifting" thereof) focus primarily on non-"U.S. persons" engaged in specific conduct involving Iran that occurs entirely outside the U.S. jurisdiction. The most significant “relief” is for non-U.S. financial institutions to process certain financial transactions with Iranian banks and entities.

Then what has changed?
Prior to Implementation day, the Iran Threat Reduction and Syria Human Rights Act of 2012 (ITRA), as further incorporated into the ITSR, imposed liability on U.S. companies for the Iran-related business of entities they own or "control."* Collectively, the Iran sanctions legislation effectively closed the so-called “subsidiary loophole” that permitted foreign subsidiaries to engage in business with Iran, so long as their U.S. parent corporations were not involved.

Implementation Day has ostensibly reopened the door to a "U.S. owned or controlled foreign entity" engaging in activities with Iran (and certain associated U.S. based transactions) by virtue of General License H. The key word here is "ostensibly."

What’s the Impact of General License H on a U.S. Company’s Ability to Do Business with Iran through Foreign Subsidiaries?
General License H ("Authorizing Certain Transactions Relating to Foreign Entities Owned or Controlled by a United States Person") is primarily meant to ensure that foreign entities are not at a disadvantage in relation to their competitors due to U.S. ownership. General License H creates a narrow gateway (albeit filled with landmines) for non-U.S. persons who are "owned or controlled" by "U.S. persons" provided these transactions are consistent with the JCPOA and U.S. law.

Additionally, General License H allows for the establishment of operating policies and procedures under which non-U.S. subsidiary can effectively separate from its U.S. parent in order to lawfully transact business with Iran. Further, a U.S. person can provide a non-U.S. subsidiary with automated business support, including common email, enterprise resource planning, and other services in connection with the foreign subsidiary’s Iran trade.

While OFAC General License H seemingly permits U.S. "owned or controlled" foreign entities to engage in transactions with Iran that are otherwise prohibited by the ITSR (31 C.F.R. § 560.215), it has its distinct limitations as well as pitfalls for the unwary.

A Cautionary Note
U.S. parent companies remain liable for their foreign subsidiaries’ transactions that are outside of the scope of General License H. Therefore, there are a number of key cautionary points to keep in mind before re-engaging in foreign subsidiary business in Iran:

The Ultimate Take Away
U.S. parent companies need to carefully consider the inherent risks in deciding whether to allow their foreign subsidiaries to conduct business with Iran. If companies choose to avail themselves of General License H, strict compliance programs and analysis will be necessary in order to avoid opening the door too far and violating the law.

*An entity is "owned or controlled" by a U.S. person if the U.S. person: (1) holds a 50 percent or greater equity interest by vote or value in the entity; (2) holds a majority of seats on the board of directors of the entity; or (3) otherwise controls the actions, policies, or personnel decisions of the entity. 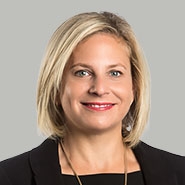