The National Labor Relations Board’s (NLRB) General Counsel Jennifer A. Abruzzo announced last week her intention to treat certain players at academic institutions as employees for purposes of determining violations under the National Labor Relations Act (NLRA). This news comes just over three months after the landmark decision in NCAA v. Alston (141 S.Ct. 2141 (2021)) in which the United States Supreme Court affirmed a lower-court decision holding that the NCAA, an association that regulates college sports, cannot restrict certain benefits related to education from certain student athletes on antitrust grounds. The Alston case made room for the enactment of local laws along with the reversal of NCAA policies to allow student athletes to earn compensation from their name, image, likeness or athletic reputation as players. The General Counsel’s announcement of its intent to treat “student athletes,” essentially scholarship athletes, as employees could have significant implications for private universities.

If scholarship athletes are treated as covered employees under the NLRA, private universities could be required to bargain with their union over benefits related to education, including their scholarships, wages, benefits, practice scheduling, travel and other terms and conditions of employment. Further, the interpretation could also give rise to worker misclassification claims. The NLRB General Counsel’s announcement warns that she will, where she deems appropriate, “allege that misclassifying such employees as mere ‘student athletes’ and leading them to believe that they do not have statutory protections is a violation of Section 8(a)(1) of the Act”. The General Counsel suggests that even the use of the term “student athletes” is in itself a violation of individuals’ workplace protections and suggests that the term was “created to deprive those individuals” of their rights.  Violations of Section 8(a)(1) of the Act, which prohibits covered employers from interfering with the right of covered employees to engage in collective bargaining and other protected concerted protest activities, could lead to the issuance of cease-and-desist orders and/or claims for back pay or other compensation.

Notably, the NLRB General Counsel’s announcement signals a departure from at least one prior decision of the NLRB in which it declined to exercise jurisdiction over claims by athletes under scholarship seeking to be considered as covered employees under the NLRA. In 2015, as part of a prior decision involving Northwestern University football players on scholarships, the petitioners urged the NLRB to assert jurisdiction over scholarship athletes as employees entitled to collective bargaining and related employment rights. The Board declined to assert jurisdiction over the student athletes in that case and noted that “processing a petition for the scholarship players at [Northwestern University] under the circumstances…would not promote stability in labor relations.”

In the Northwestern case, the Board foretold that then “recent changes as well as calls for additional reforms, suggest that the situation of scholarship players may well change in the near future.” In reaching its conclusion to decline jurisdiction, the Board rationalized that since most football-based scholarship teams were created by state institutions and that the Board did not have jurisdiction over those state institutions, regulating the athletes under scholarship singularly at Northwestern University, a private university, would not promote stability in overall labor relations of athletic conferences and leagues with athletes from both private and public institutions. The Board acknowledged that some states permit collective bargaining by public employees, but others, including Ohio and Michigan, limit or prohibit such bargaining which makes the issue on employment status of athletes between private and public institutions of higher education asymmetric. (Reference Northwestern case 362 NLRB 1350 (2015); Ohio Rev Code Ann. § 3345.56 (West) and Mich. Comp. Laws Sec. 423.201(1)(e)(iii) (But see Toth v. Callaghan, 995 F. Supp. 2d 774 (E.D. Mich. 2014) declaring parts of 423.201(1)(e)(iii) invalid).) In referring to the Northwestern case, the General Counsel acknowledged in her recent announcement that the Board lacks jurisdiction over state employees. The Northwestern case marked one of several ongoing initiatives seeking to expand NLRB jurisdiction over private sector employer-employee relationships in higher education.

While it is likely to be a long journey from the General Counsel’s initial announcement to a settled resolution of the status of scholarship athletes, private universities should take note and consult with legal counsel to proactively prepare a position and response based on the facts of their individual athletic programs and benefits. Acting now will be important to get ahead of any issues and to assess in advance potentially conflicting rights and obligations under Title IX, other laws and regulations impacting the institution and collective bargaining obligations. Private universities must also carefully evaluate how to respond to protests and other collective activity by student athletes in light of the General Counsel’s announcement. The General Counsel has asserted that she will enforce scholarship athletes’ rights to engage in concerted protest activities even if they cannot form an appropriate bargaining unit, so the General Counsel’s announcement has immediate ramifications which private universities should carefully consider.

Private universities should also prepare to evaluate, with the assistance of legal counsel, how the issues of federal preemption, potential wage and hour coverage, and the scope of state law regulation may be implicated by the General Counsel’s announcement. The right to strike, to engage in concerted protected protests and protection against discrimination or retaliation based on protected, concerted activities, are other issues institutions should be prepared to address. Because the implications of student athletes at private universities being considered employees presents some novel issues to resolve, it remains to be seen how traditional labor law principles of joint employer status and contentious First and Tenth Amendment jurisdictional issues will apply to athletic conferences and leagues comprised of public, private/secular and religious institutions.

Further, while the General Counsel’s announcement refers only to student athletes, institutions of higher education should also watch carefully the increased challenges arising which seek to expand upon the definition of a covered employee beyond athletes in the university setting.  These challenges include the Board’s ability to assert jurisdiction over various positions in religious educational institutions, the managerial status of university faculty, the test for determining whether an individual is an employee or independent contractor, and representational rights of student and graduate assistants, which all remain areas where the Board may seek to expand its jurisdictional reach.

Despite the call to action that the General Counsel’s announcement prompts, private universities can expect more guidance from the Board to further consider. Currently, the NLRB members have not indicated that they will accept all or even some of the General Counsel’s positions on scholarship athletes and, in any event, almost all difficult legal issues decided by the Board can be expected to be tested in the Federal Courts of Appeal. Remedial Congressional legislation also has been proposed. For now, however, the NLRB General Counsel has simply added another layer of concern for private collegiate athletic administrators to consider.

What Should Private Universities Do Next?

Private universities should work with legal counsel and consider taking the following steps:

Armstrong Teasdale’s Employment and Labor practice area and Higher Education industry team are actively monitoring for updates regarding the General Counsel’s announcement. If you have any questions, please contact your regular Armstrong Teasdale attorney or one of the authors listed below. 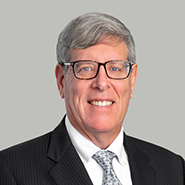