The U.S. Supreme Court on Monday revived several copyright claims by the daughter of Frank Petrella, author of the screen play for the well-known film “Raging Bull.”  In Petrella v. Metro-Goldwyn-Mayer, Inc., the Court ruled that the equitable doctrine of laches could not be used to bar Petrella’s claims of copyright infringement, even after nearly two decades of delay in bringing suit.

Petrella obtained her father’s rights to the Raging Bull script in 1991, but did not file suit for copyright infringement until 2009 when Metro-Goldwyn-Mayer released the latest DVD version of Raging Bull. Petrella sought more than $1 million in damages from the Defendants for creating and distributing the derivative work without permission. MGM moved to dismiss the case, relying on the doctrine of laches—an equitable doctrine that restricts a plaintiff’s ability to bring suit for infringement after unreasonable delays—to bar Petrella’s claim. MGM’s laches argument prevailed in district court and before the 9th Circuit Court of Appeals.

The Supreme Court reversed these decisions, holding that the equitable doctrine of laches did not preclude Petrella’s claim of copyright infringement. The Court reasoned that Petrella’s claim for infringement was proper under the Copyright Act’s three year rolling statute of limitations, which starts over with each new act of infringement. In arriving at this conclusion, the Court reasoned that laches cannot be used to override a clear statutory provision written by Congress, even in the face of a long delay in bringing a claim. The Court went on to explain that “inviting individual judges to set a time limit other than the one Congress prescribed would tug against the uniformity Congress sought to achieve in enacting [the statute].”

Practically speaking, this decision opens the door for copyright owners to enforce rights that may have previously been barred by the laches doctrine.

Because patent law also provides for the recovery of damages based on a rolling time period, this decision may foreshadow a weakening of the laches defense in future patent cases. Although the Supreme Court acknowledged in dicta that Federal Circuit precedent currently recognizes the applicability of laches in the patent context, it did not give any indication as to whether that line of cases would remain intact under the new rationale presented in the Petrella Case. 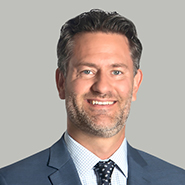