DOHA Judge Rules for AT Client in Security Clearance Case

A Defense Office of Hearings and Appeal judge ruled for our client, a publicly-traded defense contractor, when the government challenged the security clearance of one of its key division managers based on the executive’s family ties in Taiwan. The executive, who is 53, was born in Taiwan but became a naturalized U.S. citizen in 1994. He, his wife and two sons live in the United States. However, the executive’s parents and brother are citizens and residents of Taiwan and he visits them periodically, particularly after his mother was diagnosed with cancer.

Although the division manager had previously held a clearance, the government became concerned when he renewed his Taiwanese passport. However, the executive renewed the passport so that his father could access a savings account holding funds to pay for his mother’s cancer treatments.

After Brian Kaveney submitted substantial mitigating evidence during the hearing and in post hearing documents, the judge found that the executive maintains normal familial relationships that do not pose any heightened risk of foreign exploitation or coercion. The evidence showed that the applicant would choose the interests of the United States, if ever presented with a situation where he would be asked to choose between our country and Taiwan. Brian also showed there is little likelihood he would be placed in this position because of his family contacts in Taiwan as his family is not involved in government or political activities. Our case included statements from his current and former supervisors and others strongly supporting his loyalty to the United States and his trustworthiness to handle classified information.

The judge, noting that the executive had worked hard in the United States and built a highly successful career, concluded “he is trustworthy, honest and loyal.” 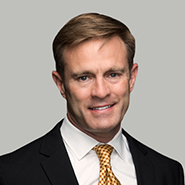