The Eastern District of the Missouri Court of Appeals recently issued an opinion on an unlawful detainer action involving a tenant who sought, and ultimately failed, to exercise an option to renew its lease term. (Green Street 2900 Investors, LLC v. The St. Louis Woodworks, Inc., No. ED110459 (Mo. App. E.D. Aug. 30, 2022) (Green Street).

The lease at issue in Green Street gave the tenant two renewal options, the second of which was to have a monthly rental rate at “market rate,” defined as “the lesser of rent quoted to prospective tenants within six (6) months prior to the expiration of the Lease term or rent paid by other tenants for comparable space within the surrounding area.”

The landlord and tenant later amended the lease to provide the tenant a renewal option which would have a monthly rental rate “at the current market rate as negotiated and agreed between Landlord and Tenant.” Emphasis added.

The tenant properly notified the landlord of its intent to exercise the option to renew the lease pursuant to this amendment. However, the parties did not reach an agreement as to the rental rate during the renewal term.

Unlawful detainer is when any person willfully and without force holds over any lands, tenements or other possession after the termination of the time for which they were demised or let to the person. RSMo § 534.030.1. The crux of unlawful detainer actions, and the Green Street decision, is the right to immediate possession.

The appellate court in Green Street determined that the landlord had the immediate right to possession. The court interpreted the above language of the renewal option in the lease amendment as requiring the parties to agree on a negotiated rental rate. The court equated this to an agreement to agree; and because real estate contracts require a price to be enforceable, the court determined that the renewal option was unenforceable. Since no contract existed for the renewal term, the landlord was entitled to immediate possession upon expiration of the current lease term.

Green Street serves as a reminder to tenants to include the basic building blocks of real estate contracts in all leases and lease amendments, and to be mindful of contract terms modified by later amendments, as such terms are key in properly exercising renewal options.

If you have questions or need assistance with a lease or amendment, please contact your regular AT lawyer or one of the authors listed below. 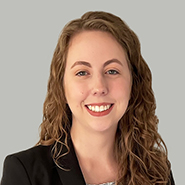