The Sixth Circuit Court of Appeals recently reversed a district court’s dismissal of equal-protection claims by John Doe, a Miami University student who was previously investigated by the university and found responsible for sexual assault. In light of this decision, higher education institutions should review their policies to ensure proper outcomes in Title IX proceedings.

The Sixth Circuit found that Doe had pleaded “sufficient facts to show circumstantial evidence of gender discrimination” by alleging that he and the complainant were similarly situated intoxicated students who engaged in sexual activity. When the university initially received a report that Doe may have violated the school’s Title IX policies, they investigated his conduct, but failed to investigate the complainant’s conduct after obtaining information indicating that she, too, may have violated the policy.

The Sixth Circuit found that Doe sufficiently pleaded the erroneous-outcome theory of liability under Title IX of the Education Amendments of 1972 by alleging facts that “cast some articulable doubt on the accuracy of the outcome of the disciplinary proceeding.” Specifically, at issue was the fact that a hearing panelist was mistaken about the applicable standard of consent and believed it to be “affirmative consent,” which is a standard far higher than articulated in the university’s policies. Additionally, the court found that the hearing panel’s failure to describe how they resolved inconsistencies in the complainant’s statement also created some doubt as to the accuracy of their decision.

The Sixth Circuit also held that Doe sufficiently pleaded allegations pertaining to his procedural due-process claim by alleging that the university did not provide him with access to his disciplinary file or the investigative report, in violation of his constitutional right as a student to be provided the evidence against him. Doe v. Univ. of Cincinnati, 872 F.3d 393, 399-400 (6th Cir. 2017).

To avoid erroneous outcomes and bias, and to preserve constitutional rights in Title IX proceedings, higher education institutions should consider the following: 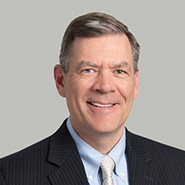