Colorado has become the tenth state to pass a law banning private employers’ inquiries regarding pay history. Gov. Jared Polis recently signed the Equal Pay for Equal Work Act, which not only bans salary-history inquiries for purposes of establishing compensation, but also limits an employer’s ability to conceal job advancement opportunities and open position compensation. The statute will take effect on Jan. 1, 2021, unless a referendum petition is filed. Specifically, the new law bars employers from:

The Equal Pay for Equal Work Act also builds on the federal Equal Pay Act’s prohibition of unequal pay for employees of the opposite sex performing the same work. The Colorado statute contemplates analyzing pay disparities through comparisons of employees who (a) do substantially similar work, regardless of title; (b) have the same composite of skill; and (c) perform under the same work condition (i.e., pay variances for differences in work conditions, such as shift differentials, may be considered).

In contrast to its federal counterpart, the Colorado Equal Pay for Equal Work Act provides fewer bases on which an employer can defend against equal pay claims, providing only the following potential defenses:

Notably absent from this list is the federal Equal Pay Act’s catch-all defense based on any “factor other than sex.” The absence of this defense will likely make defending against equal pay claims much more difficult in Colorado.

Under the Equal Pay for Equal Work Act, employees who believe that they are being paid less due to their gender have up to two years to file a lawsuit. Employers that are found liable for violating this Act must pay the employee the amount that they would have made the previous three years if they had not been discriminated against, plus liquidated damages in an amount equal to the unpaid wages, along with the employee’s reasonable attorneys’ fees and costs.

The new law does, however, provide some relief for employers. Following the lead of a handful of other states, Colorado’s Equal Pay for Equal Work Act allows an employer to limit its exposure to damages by conducting workforce pay audits. Evidence of such an audit may be used to support a “good faith” defense to a claim under the new statute. In planning pay equity audits, employers should consult labor and employment counsel to have their audits protected by the attorney-client communication privilege.

The Act also establishes separate rights and remedies for employees aggrieved by an employer’s concealment of job advancement opportunities and position compensation information. The Act affirmatively requires employers to do the following:

Employees claiming violations of an employer’s obligations concerning pay and job opportunity transparency must exhaust administrative remedies prior to seeking relief in court.

Armstrong Teasdale’s Employment and Labor practice, which routinely guides employers in their efforts to comply with the rapidly changing landscape of pay equity and salary history laws, closely monitors the developments in this area of the law, such as Kansas City, Missouri’s recent ordinance prohibiting employers from asking applicants or current employees to disclose pay history information. We will issue additional alerts as the pay-related obligations of employers continue to evolve. 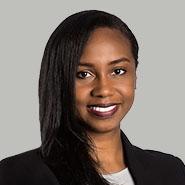