"Far reaching," "massive in scope," and "sweeping," are just a few of the terms that have been used to describe a 403-page proposed rule for Medicare and Medicaid nursing homes, which was released Monday (July 12) by the U.S. Department of Health and Human Services (DHHS). DHHS describes the proposed rule as the first "comprehensive" review and update of Medicare/Medicaid requirements for long-term care (LTC) facilities since the rules were first published in 1989.

The last of the proposals outlined above is one aspect of what DHHS describes as the proposed rule’s "multifaceted approach to reducing unnecessary hospitalization" of LTC residents.

When the proposed rule is officially published on Thursday, July 16, 2015, it is expected to provide until at least September 14, 2015 for comments.  Given the importance of the proposed rules, we highly recommend a careful review of their potential impact on your organization, and also suggest addressing any concerns in official comments.

Armstrong Teasdale lawyers regularly counsel health care organizations and professionals about regulatory requirements. We are available to assist clients with determining how they would be affected by the proposed new rules; preparing official comments; and developing strategies to deal with the changes. 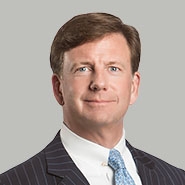