Jon Dalton counsels many of Missouri’s most successful organizations and individuals in business transactions and government/regulatory affairs.

Recognizing that legislation and public policy decisions on competition, taxation, business regulation, intellectual property and other issues can impact success, Jon proactively combines his legal experience with strategic government solutions to advance his clients’ objectives. He understands the processes and players in state and local government and focuses on leveraging his extensive network of contacts to achieve positive outcomes.

Jon also serves as president and CEO of AT Government Strategies LLC, a subsidiary of Armstrong Teasdale.

Jon began his work in the area of legislative and regulatory affairs on the federal level, practicing law in Washington, D.C. for a number of years. His experience included lobbying on major bills under consideration by the U.S. Congress and issues of concern before various federal agencies. Since returning to Missouri, Jon has concentrated his practice on state and local government matters, including lobbying the Missouri General Assembly, state administrative agencies and local political subdivisions. His experience as both a lawyer and elected public official affords him a unique perspective and ability to serve his clients’ interests.

In addition to his active legal practice, Jon serves as President and CEO of AT Government Strategies. Learn more. 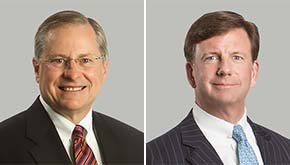 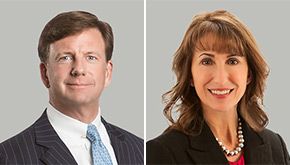