In an important decision by the U.S. Third Circuit Court of Appeals, In re Lemington Home for the Aged, the Court found the directors and officers of a nonprofit corporation jointly and severally liable for ordinary compensatory damages totaling $2.25 million and punitive damages totaling $1.75 million. This decision is particularly interesting from a liability perspective because: (1) the damages awarded were significant, particularly in the context of a nonprofit entity, and the Court rejected the argument that it must consider the wealth of the defendants in awarding punitive damages, thus refusing to allow the financial status of the defendants to shield them, and (2) although the theory of “deepening insolvency” has been widely rejected as an independent tort, the Court upheld damages based on that theory, which looks at whether wrongful conduct worsened the entity’s existing precarious financial position.

While compensatory and punitive damages are likely to be the most common measure of damages imposed by courts in remedying a breach of fiduciary duties, some judges have imposed even harsher penalties on officers and directors for such violations.

For example, in ICD Publications, Inc. v. Gittlitz, a corporate director was not only liable for compensatory and punitive damages, but the Appellate Court of Illinois also required the director to forfeit all of the compensation he received from the corporation during the entire period in which he was in breach of his fiduciary duties. Specifically, the Court required the director to forfeit more than six years of compensation, which totaled in excess of $5 million. Even though this penalty may seem extreme or rare, Illinois is not the only state that has a forfeiture law. Such is the case in Delaware, Missouri, and New York, where an officer or director may be required to forfeit compensation for breaching fiduciary duties.

In addition, other measures of damages have been used by courts, such as disgorgement of the profits realized from self-dealing transactions and the estimated lost opportunity costs of the company resulting from the sale of property used as collateral for a director’s personal loan.

Armstrong Teasdale lawyers regularly counsel officers, directors, and companies in complex cases involving fiduciary obligations. We are available to assist clients with determining how to avoid the pitfalls that may lead to significant financial liability. 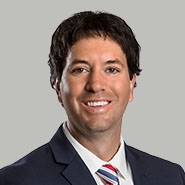 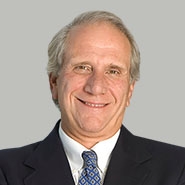