A recent Missouri Supreme Court decision changes the landscape of public contracting in the state by allowing unsuccessful contract bidders to sue public agencies for denying them a fair and equal opportunity to compete. The decision in Byrne & Jones Enterprises, Inc. v. Monroe City R-! School District changes the standard for such contract bidders that historically lacked standing to directly challenge a public contract awarded through the competitive bidding process.

The project in Byrne & Jones concerned the construction of a new high school athletics stadium. The school district sought competitive bids for the construction of the project, and selected the contractor that submitted the lowest bid after factoring the base bid and certain alternates. Alternates are extra items or enhancements to the base project scope that the school district may elect to purchase along with the base scope. The unsuccessful bidder, which submitted the lowest base bid not considering alternates, directly sued the school district alleging its procedures did not allow all bidders a fair opportunity to compete.

The trial court initially dismissed the action, agreeing with the position of the school district that the unsuccessful bidder lacked standing to sue, citing long-held precedent in the state of Missouri that such competitive bidding laws exist for the benefit of the public and, therefore, only a taxpayer within the district of the public authority may sue to stop an improper award of a competitive bid. The dismissal was affirmed by the Court of Appeals, Eastern District of Missouri. On further appeal, however, the Missouri Supreme Court signaled a change in the law relating to the standing of unsuccessful bidders who challenge allegedly improper awards of contract. The Supreme Court explained that bidders "have a legally protectable interest in a fair and equal bidding process and are within the zone of interests that competitive bidding statutes seek to regulate." Therefore, the Supreme Court noted, an unsuccessful bidder does have standing to sue to challenge the award of a public contract on the basis that such bidder was denied a fair and equal opportunity to compete in the bidding. The Supreme Court refused to allow the unsuccessful bidder to sue for its bid preparation fees, noting that the statute in question does not provide for such damages.

The decision in Byrne & Jones will have an immediate impact on public contracting in Missouri because it diverges from a long history of cases that limited the standing of unsuccessful bidders to sue to protest a bid award. It articulates a legally protectable interest of participants in public bids to enjoy a fair and equal process, and opens the door for unsuccessful bidders to directly and immediately sue to stop the award of a public bid that allegedly falls short of such standards. 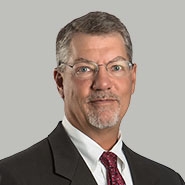