The hallmark of the U.S. system of government is the prevention of the accumulation of power in one body, by balancing such power between the legislative, judicial, and executive branches, each being a check on the power of the other two. However, in the early 20th century, progressive politicians and legal theorists advanced an expansion of administrative agencies (generally a function of the executive branch), contending that such agencies could more efficiently and expeditiously adapt and address the rapidly evolving social and economic circumstances than could courts and legislatures. In his magnum opus, Law and Revolution, Harvard law professor Harold Berman called the “predominance” of administrative law a revolution in Western legal thought.1 Still today, administrative decision-making constitutes the bulk of executive branch work.2

The Rise of Administrative Agencies

This proliferation of administrative agencies in the U.S. through the “New Deal” era came under great scrutiny. It was precisely the concern over an accumulation of power in these agencies that prompted the Executive Committee of the American Bar Association to appoint a Special Committee on Administrative Law in 1933 to study the trend of increased federal administrative autocracy with limited judicial review. The committee warned that a form of tyranny could result with the concentration of the three powers in one body.

When the safeguard of isolation of the judicial function is dispensed with, the practice of law degenerates all too often into a glorified form of lobbying, all semblance of ethics disappear, cases are decided off the record according to the wishes of politicians, and the profession, at times deservedly, falls into disrepute.3

Later, in 1939, President Franklin Roosevelt formed the Attorney General’s Committee on Administrative Procedure to also review criticisms of federal administrative procedures. The Attorney General’s Committee issued nearly 500 pages of recommendations in 1941, which formed the basis of the formation of the federal Administrative Procedure Act, passed in 1946. The committee’s report identified federal agencies as governmental units with the power to determine private rights and obligations by rulemaking or adjudication.

Similarly, in 1944, the Commission on Uniform State Laws and the American Bar Association proposed the Model State Administrative Procedure Act for the purpose of developing a comprehensive standard for governing state agency action. The Model Act was intended to apply to agencies authorized by law to make rules or regulations, or to adjudicate contested cases. When applied to such agencies, the requirements of the Model Act prevented concerns that such agency actions would evade judicial review; allow adjudication of individual rights without a hearing; permit decisions on matters not properly before the agency; confuse the roles of investigator, prosecutor, and decision-maker; or allow for rules or decisions to be made arbitrarily.

Today, it is hard to imagine that administrative law was remotely controversial, but the ascendancy of administrative agencies provoked great fear and concern in the first half of the 20th century.

In 1950, the U.S. Supreme Court summarized the fears surrounding the adoption of a federal administrative law:

“Multiplication of federal administrative agencies and expansion of their functions to include adjudications which have serious impact on private rights has been one of the dramatic legal developments of the past half- century. … The conviction developed, particularly within the legal profession, that this power was not sufficiently safeguarded and sometimes was put to arbitrary and biased use.”4

As noted above, to remedy this arbitrary power, and after more than a decade of debate, Congress passed the first comprehensive Administrative Procedure Act in 1946 (then codified as 5 U.S.C. § 1001 et seq.). The U.S. Supreme Court celebrated the legislation, stating, “The Act thus represents a long period of study and strife; it settles long-continued and hard-fought contentions, and enacts a formula upon which opposing social and political forces have come to rest.”5

Congress intended the act to be “an outline of minimum essential rights and procedures.”6 The act provided the now-famous distinction between an agency’s “legislative” functions (i.e., issuing general regulations) and its “judicial” functions (i.e., determining the rights or liabilities in particular cases) and provided safeguards aimed to afford “private parties a means of knowing what their rights are and how they may protect them, while administrators are given a simple framework upon which to base such operations as are subject to the provisions of the bill.”7 It also standardized judicial review of administrative decisions.

The drafters of the act purposefully exempted no executive-branch agency by name. The act was “meant to be operative ‘across the board’ in accordance with its terms, or not at all,” and “[n]o agency has been favored by special treatment.”8 Where necessary, the act exempted functions rather than agencies, and nearly 75 years later, the legislation has remarkably adhered to this mandate, remaining the revolutionary law.

During the 1953 session of the Nevada Legislature, the Legislative Counsel Bureau was directed to make a study of the “administrative procedures established by the statutes of Nevada for state departments, commissions, agencies and bureaus,” and to determine the need for adoption of a uniform administrative procedure act. The resulting study proposed an act that provided “the flexibility so essential to proper administrative agency functions would not be impaired; the agency administrator’s control and direction of policy would in no way be lessened, yet an orderly, uniform system or procedure for administrative rule making could be written, to the end that all rules will be uniform in style and structure, legally enforceable, with a provision for public participation in the rule making process.”9

The Nevada Administrative Procedure Act was adopted in 1965 (Nevada Revised Statutes Chapter 233B) and underwent fairly substantial amendments in 1977. As with the Administrative Procedure Act, NRS 233B governs the process by which agencies develop and issue regulations. It includes requirements for publishing notices of proposed and final rulemaking, and it provides opportunities for the public to comment on notice of proposed rulemaking.10 Moreover, it provides for the process of adjudication of contested cases and for judicial review in such cases.

However, NRS 233B.039 provides a litany of agencies and/or agency functions that are exempt from the requirements of the Administrative Procedure Act. Some agencies, such as the Nevada System of Higher Education, the Nevada Gaming Control Board, and the Cannabis Compliance Board, are exempt altogether, while certain functions or the special provisions respecting some agencies, such as the adoption of emergency regulation or judicial review of the Employment Security Division or the Administrator of the Securities Division of the Secretary of State, are exempt in part.

Where the roles of rule-maker, investigator, prosecutor, and decision-maker are consolidated for purposes of convenience or efficiency, great caution must be taken to protect the rights of the hundreds of thousands of people whose lives and livelihoods are affected daily by agency determinations and decisions. Both the federal and Nevada Administrative Procedure Acts are safeguards against the accumulation of unchecked power in an administrative agency. As the modern administrative state often blurs the lines of the separation of powers by delegating functions to one agency that are typically reserved to each of the three branches, the rights afforded in an established and uniform system of due process are even more essential. While agencies vary in type or purpose – regulating and administering everything from taxes, Social Security, pharmaceutical drugs, and education, to railroads, highways, utilities, public health, the environment, and labor and employment – the rules and procedures by which such agencies act should be uniform, consistent, and ascertainable by those whose daily lives are most certainly impacted. 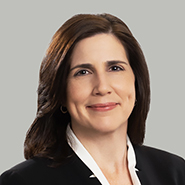 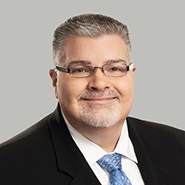